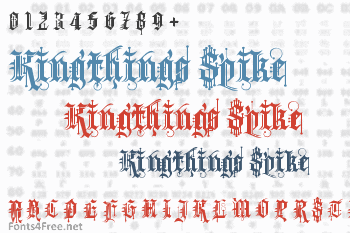 Kingthings Spike was made because Buffy has one, I made Xander... Willow is yet to come - (see below). Oh and because I hate Engravers Old English! Pugin, eat my shorts! Sorry! 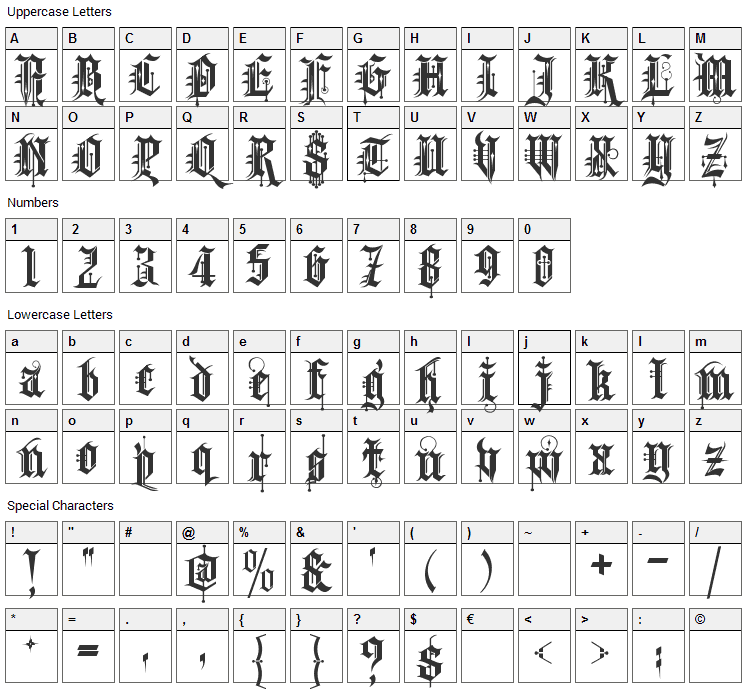 Submit a comment, question or review about Kingthings Spike font

Kingthings Spike is a gothic, medieval font designed by Kingthings. The font is licensed as Free. The font is free for both personel and commercial usages. In doubt please refer to the readme file in the font package or contact the designer directly from kingthingsfonts.co.uk. 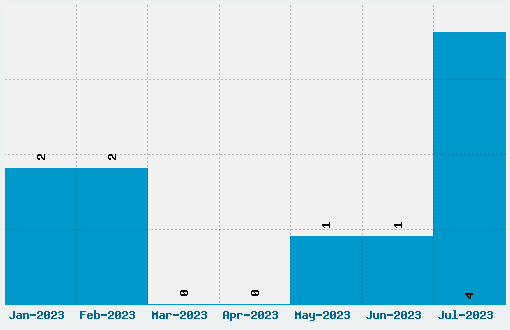