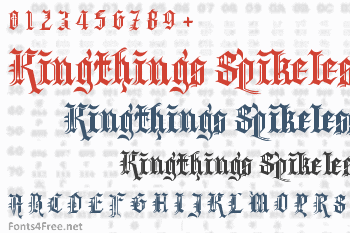 Kingthings Spike and Spikeless are the most intractable faces that I have worked with (until I started Wrote!) I made them originally because Buffy has her own font - (find it on the web called 'Buffied') - I made one for Xander - Spike is another small tribute to a fabulous show. Spikeless makes Spike more useable because if you want to actually need to be able to read the lettering, Spike can be a little over the top. 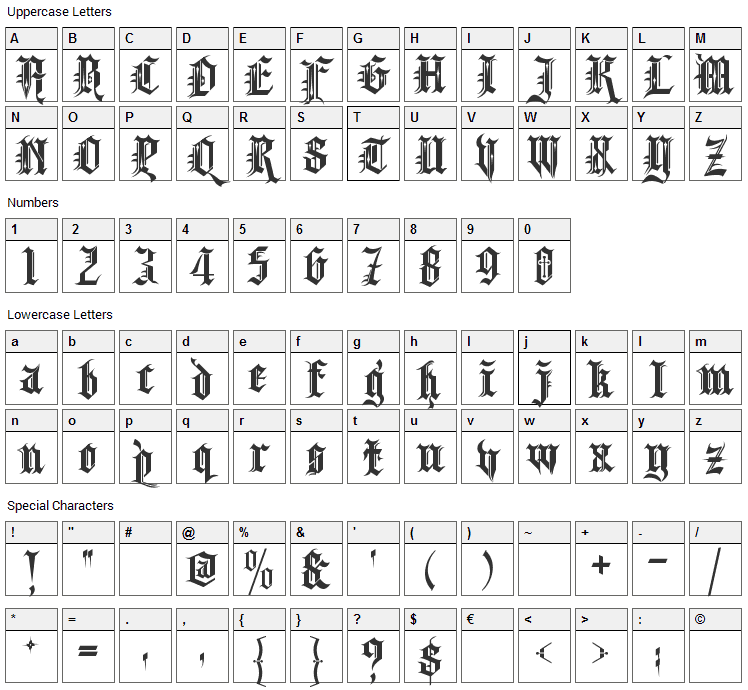 Submit a comment, question or review about Kingthings Spikeless font

Kingthings Spikeless is a gothic, medieval font designed by Kingthings. The font is licensed as Free. The font is free for both personel and commercial usages. In doubt please refer to the readme file in the font package or contact the designer directly from kingthingsfonts.co.uk.

Kingthings Spikeless font has been rated 4.0 out of 5 points. A total of 1 votes cast and 0 users reviewed the font. 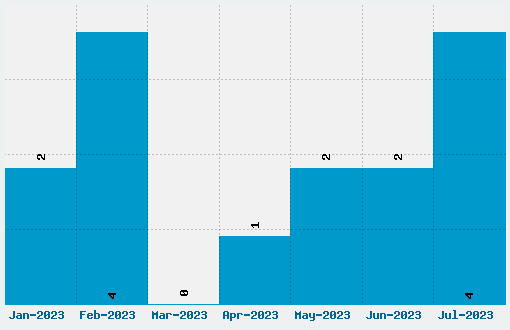