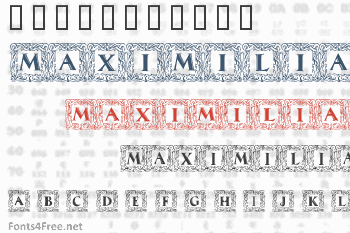 Rudolf Koch (1876-1934) was a master and genius in type design. Maybe there was no greater type cutter in Germany until today. One of his fonts is Maximilian Antiqua. A rather humble but elegant typeface. I combined it here with a decorative dragon themed frame and made Maximilian Antiqua into a pretty initials font. The font is public domain, free for all uses, commercial and private. 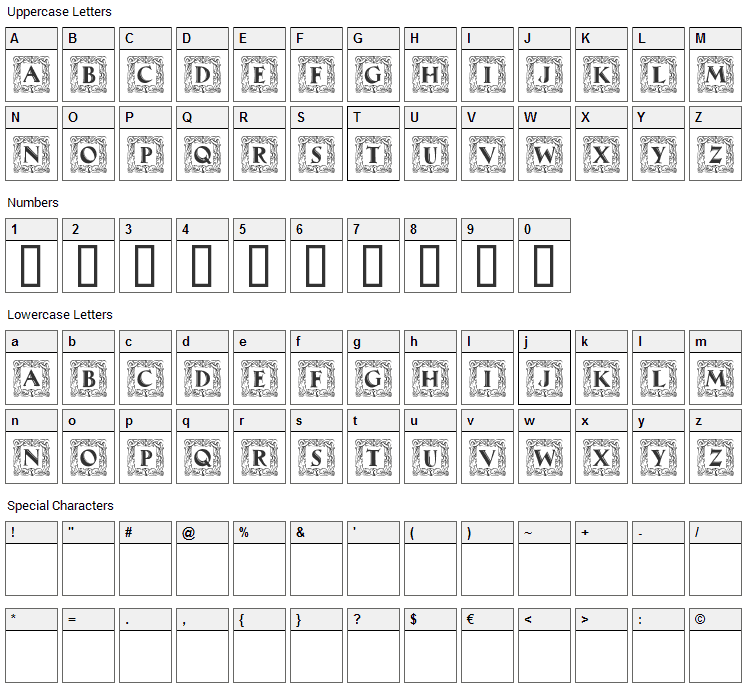 Rudolf Koch's Maximilian Antiqua with a decorative dragon themed frame made into an initials font by Typo-Graf on 3rd January of 2015.

Maximilian Antiqua Initialen is a fancy, initials font designed by Typo-Graf. The font is licensed as Public Domain / GPL / OFL. Public domain fonts are free of known copyright restrictions because intellectual property rights have been forfeited by the respective author or property rights have expired. The font is free for both personel and commercial usage. For your questions, please contact the designer directly

Maximilian Antiqua Initialen font has been rated 5.0 out of 5 points. A total of 1 votes cast and 0 users reviewed the font.