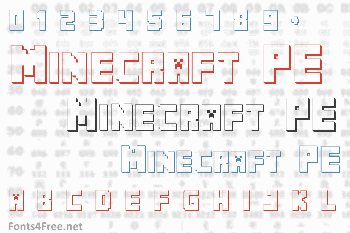 Created for the shear enjoyment after of watching my 7 year old son create amazing architectural structures on his iPad mini. He loves playing this retro game and using this font he has created his very own Minecraft manual using this 3D version based on the popular pocket edition game of the same name. 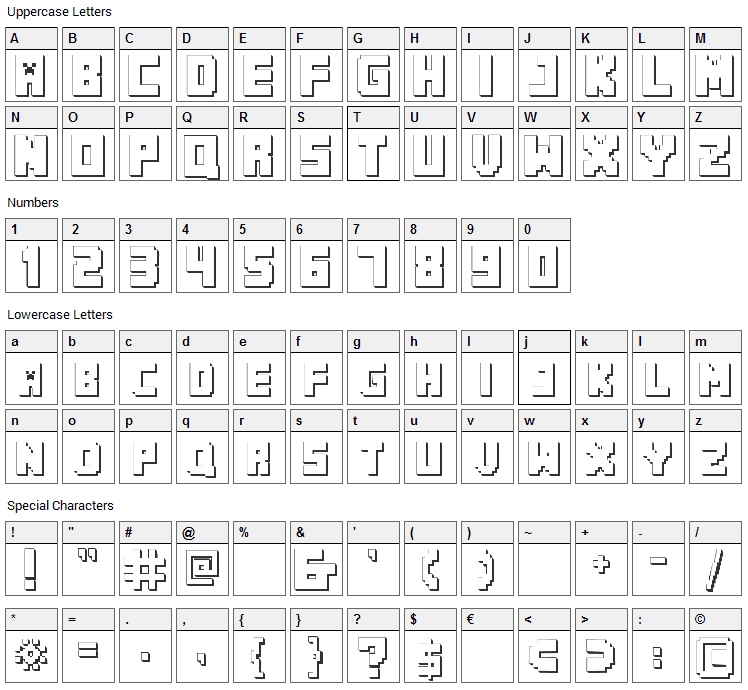 Minecraft PE is a techno, square font designed by KiddieFonts. The font is licensed as Donationware. The font is free for personel usage. A small payment is optional and always appreciated. In doubt please refer to the readme file in the font package or contact the designer directly from kiddiefonts.com.