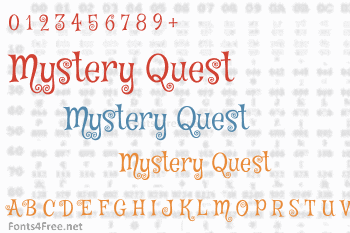 Grab your gear! Check your nerves! Get ready for Mystery Quest! This far-out funky font brings danger with every curve! You never know what this playful 1960s mod inspired typeface will bring and design adventure is just around the corner! Are you ready?

Designed by Dave 'Squid' Cohen of Sideshow (a DBA of Font Diner, Inc.) 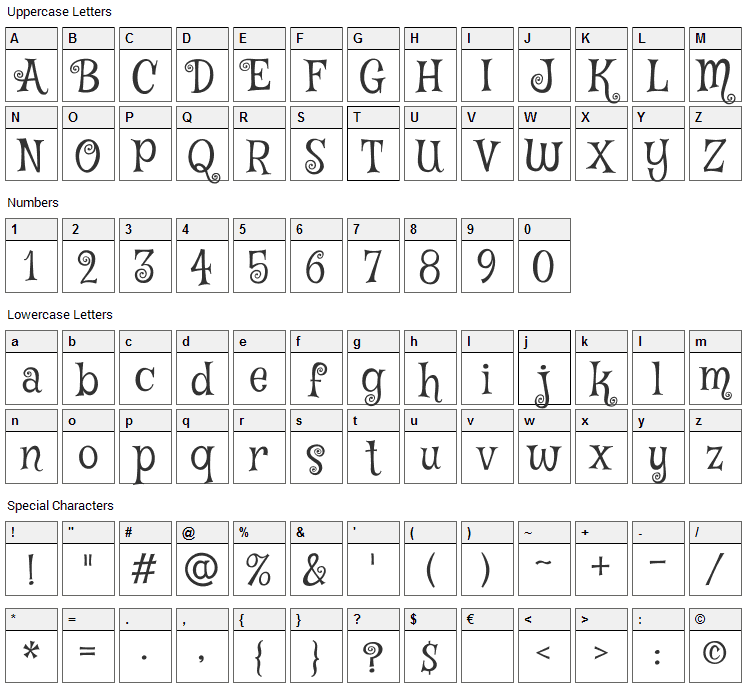 Mystery Quest is a fancy, curly font designed by Sideshow. The font is licensed under SIL Open Font License. The font is free for both personel and commercial usages, modification and distribution. In doubt please refer to the readme file in the font package or contact the designer directly from profiles.google.com.

Mystery Quest font has been rated 4.4 out of 5 points. A total of 5 votes cast and 0 users reviewed the font. 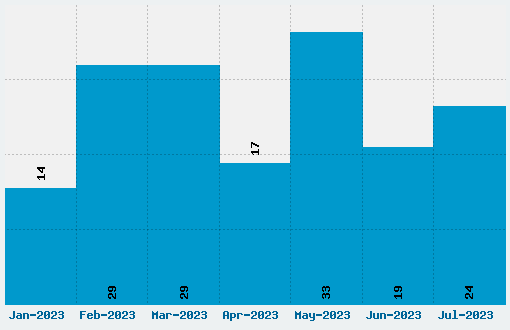