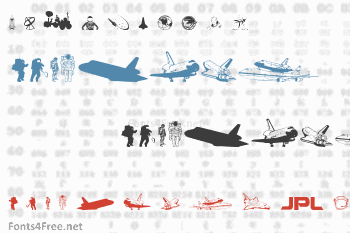 This is a dingbat font with over 50 glyphs of NASA related dings. Logos, astronauts, spacecraft, mission patches and more.

Several glyphs have a mirrored counterpart between the upper and lower cases (as well as the numerals/punctuation). Use of a character map program, such as Windows' Character Map, will be very helpful in exploring and using this font. 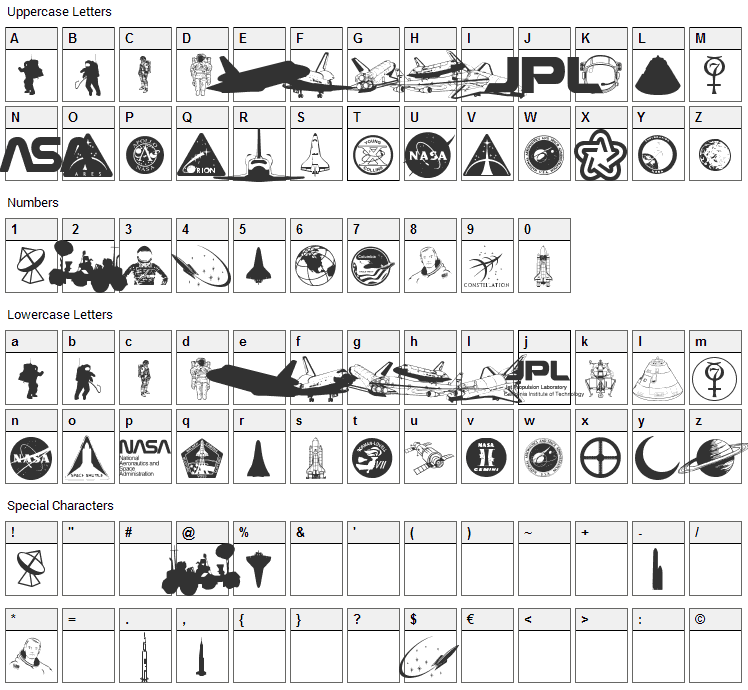 Submit a comment, question or review about NASA Dings font

NASA Dings is a dingbats, various font designed by Iconian Fonts. The font is licensed as Free for personal use. You can download and use the font free for personal projects. For commercial projects please refer to the license file in the package or contact the designer directly from iconian.com. 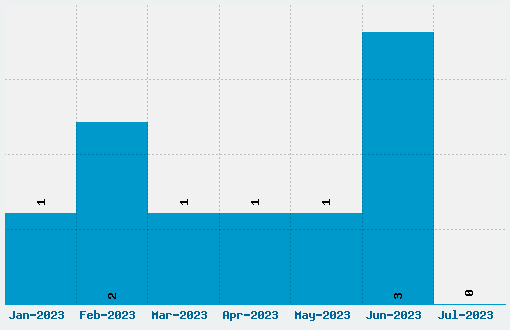