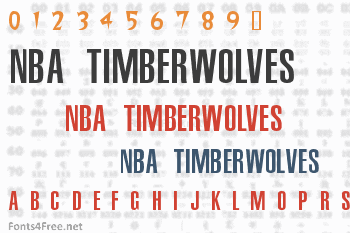 NBA Timberwolves refers to the font used in the lettering of Minnesota Timberwolves jersey. This is not the official font and only resembles the typeface used for lettering, numbers, and player names. 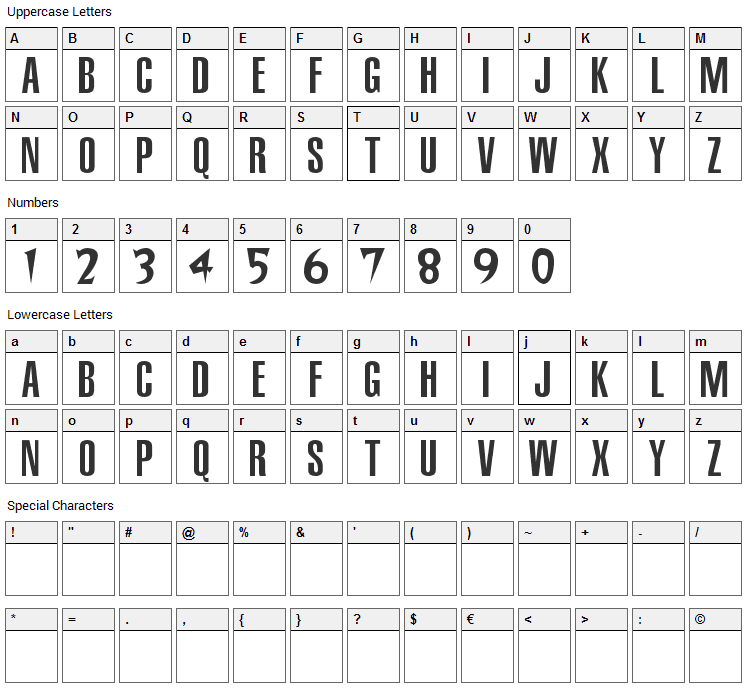 Hello, May i know what is the Font type used on timberwolves Jersey Number. Purple/Gray /White combination. Thanks!

Submit a comment, question or review about NBA Timberwolves font

NBA Timberwolves also known as Minnesota Timberwolves font is a fancy, old-school font designed by Eriq P. Jaffe. The font is licensed as Free. The font is free for both personel and commercial usages. In doubt please refer to the readme file in the font package or contact the designer directly.

NBA Timberwolves font has been rated 5.0 out of 5 points. A total of 2 votes cast and 1 users reviewed the font. 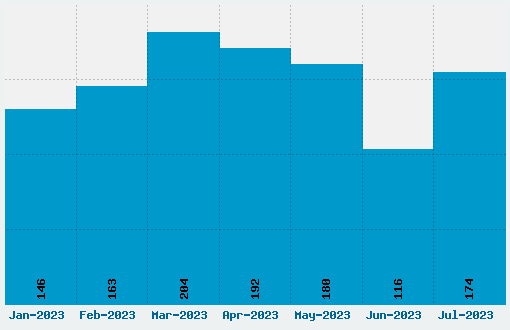