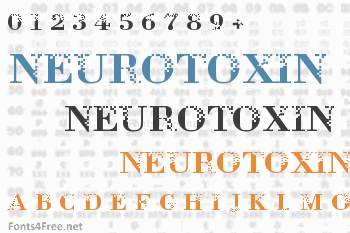 NEUROTOXIN was inspired by the Xerox Corporation’s former X logo, designed in 1994 by Landor Associates. Each letter is modified to appear to be forming from, or dissipating into, pixels, suggesting a transition from digital to analog and back. The basic letterforms are patterned after a bold Didone-type font. Serve with a nice Bodoni or even Times Roman. 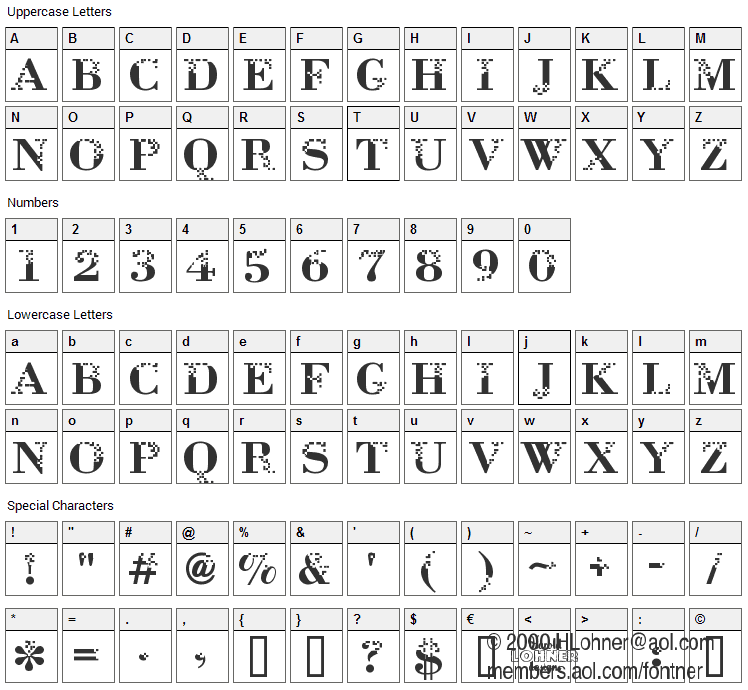 Submit a comment, question or review about Neurotoxin font

Neurotoxin is a techno, various font designed by Harolds Fonts. The font is licensed as Free. The font is free for both personel and commercial usages. In doubt please refer to the readme file in the font package or contact the designer directly from haroldsfonts.com.

Neurotoxin font has been rated 5.0 out of 5 points. A total of 1 votes cast and 0 users reviewed the font. 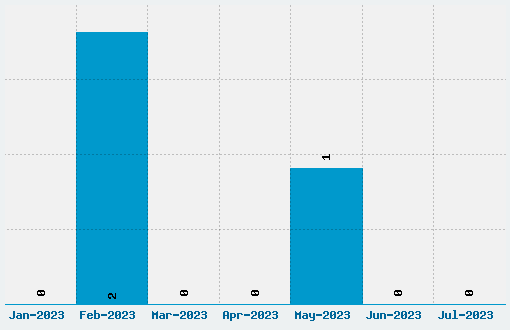