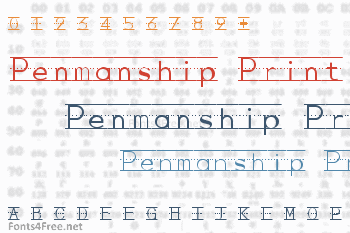 Penmanship Print is in response to the many requests I have read from teachers looking for a freeware font with printing guides. I have sacrificed the Grave symbol (`) for a blank guide. This font is freeware. 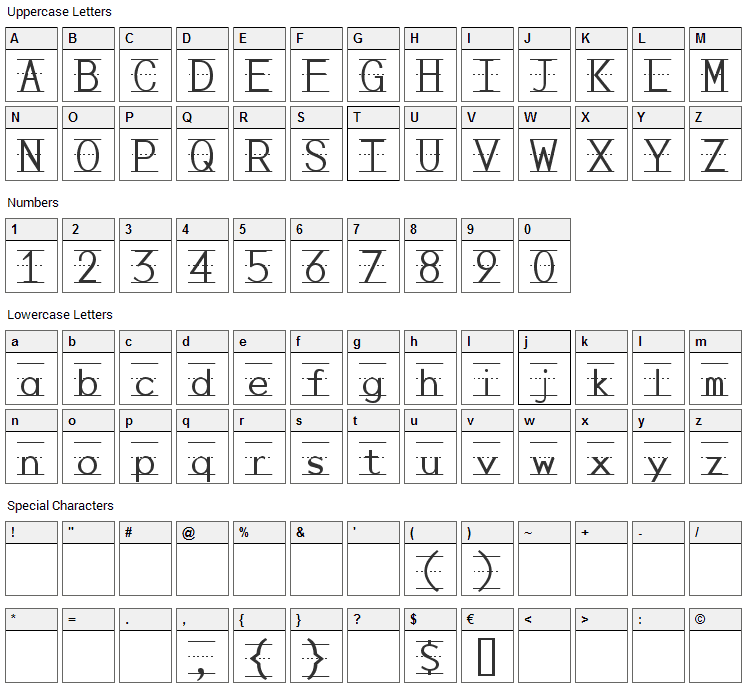 How do you get Penmanship Print font to print lines for the space character? Lines are missing between words.

Penmanship Print is a script, school font. The font is licensed as Unknown. That doesnt necessarily mean that the font is free. Either we just dont have designer's information or the license type wasnt stated.

Penmanship Print font has been rated 5.0 out of 5 points. A total of 1 votes cast and 1 users reviewed the font. 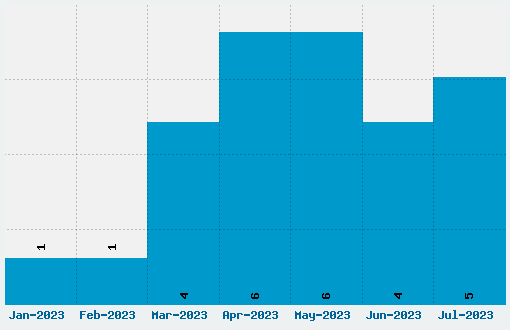