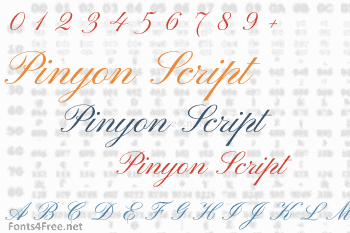 Pinyon Script is a romantic round hand script style font. It also sports swashes which are confident and showy somehow giving the type a feeling suggestive of the American west. Perhaps this is why, despite refinement and aristocratic style; Pinyon Script manages to feel so friendly. Nicole Script uses a high stroke contrast and is very slanted making it most suitable for use at larger sizes. 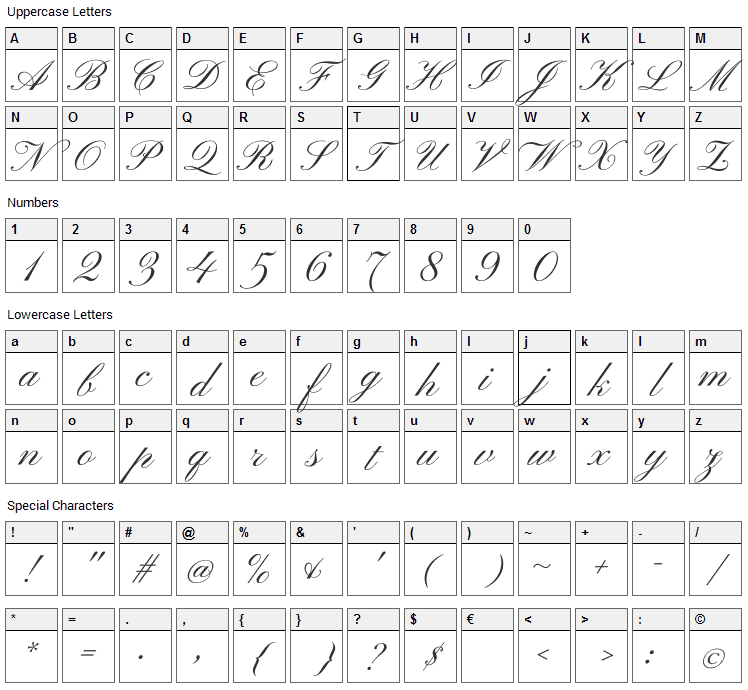 Submit a comment, question or review about Pinyon Script font

Pinyon Script is a script, calligraphy font designed by Nicole Fally. The font is licensed under SIL Open Font License. The font is free for both personel and commercial usages, modification and distribution. In doubt please refer to the readme file in the font package or contact the designer directly from plus.google.com.

Pinyon Script font has been rated 1.5 out of 5 points. A total of 2 votes cast and 0 users reviewed the font. 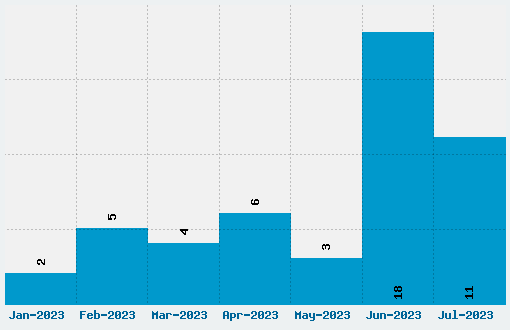