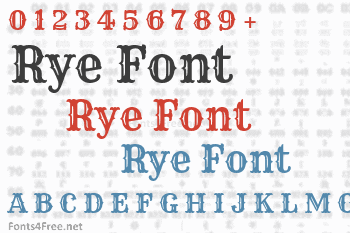 Rye's bold attention getting shapes are useful for advertising. Rye is a medium contrast design inspired by posters using wood type. It gives off a feeling of the American West. It is suitable for use in medium to large sizes including headlines. This font was made specifically to be web type. 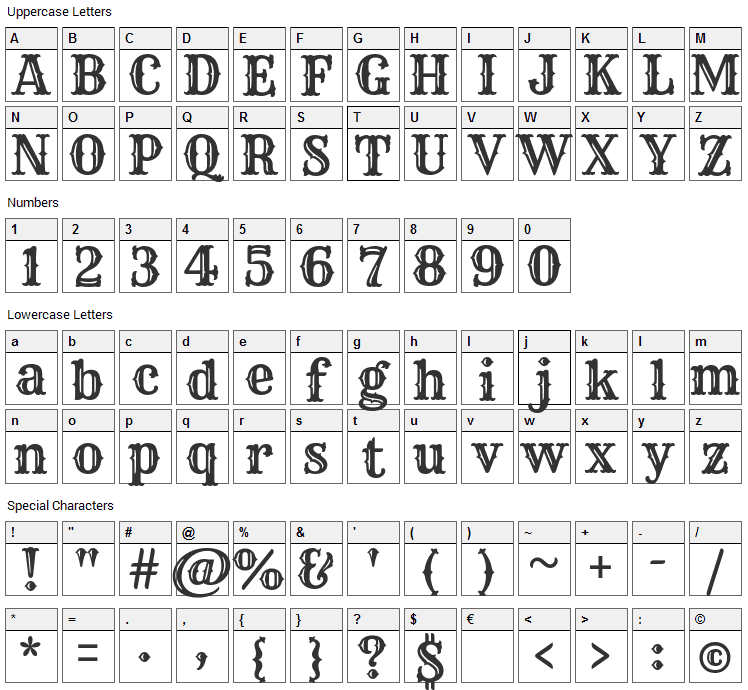 Submit a comment, question or review about Rye font

Rye is a fancy, western font designed by Nicole Fally. The font is licensed under SIL Open Font License. The font is free for both personel and commercial usages, modification and distribution. In doubt please refer to the readme file in the font package or contact the designer directly from plus.google.com.

Rye font has been rated 3.0 out of 5 points. A total of 2 votes cast and 1 users reviewed the font. 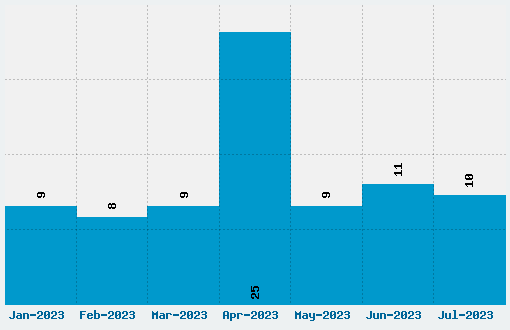