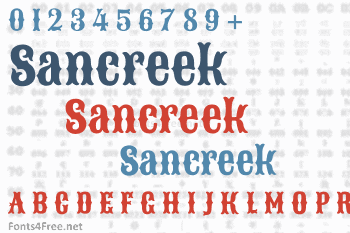 Sancreek has been designed for use mostly as a caps-only display webfont, though lowercase characters have also been included. Sancreek is a contemporary take on some of the large wooden poster fonts of the ninteenth century. Sancreek can be used freely across the internet by web browsers on desktop computers, laptops and mobile devices. 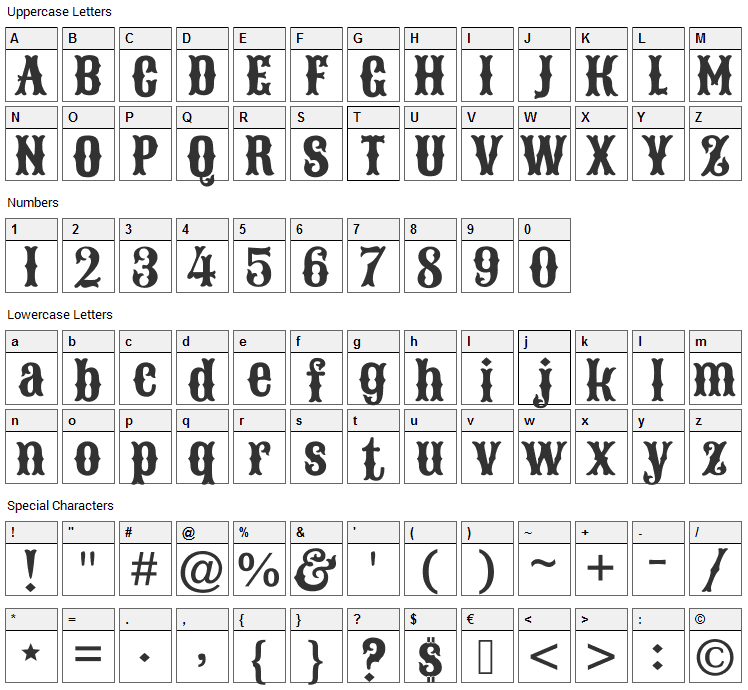 Submit a comment, question or review about Sancreek font

Sancreek is a fancy, western font designed by Vernon Adams. The font is licensed under SIL Open Font License. The font is free for both personel and commercial usages, modification and distribution. In doubt please refer to the readme file in the font package or contact the designer directly from plus.google.com.

Sancreek font has been rated 5.0 out of 5 points. A total of 1 votes cast and 0 users reviewed the font. 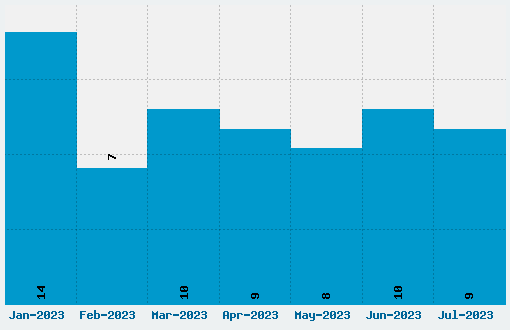