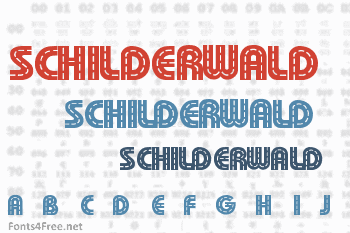 The font should be a little joke on the heaps of traffic signs we have her in Germany. The first try was disappointing to me. The font was difficult to read and didn't look like I imagined. So I did a second version, in which all traffic signs got the same size. The capital letters were completely changed to roads. My hint: Type the word normally and if it has too many traffic signs, change a traffic sign (=lower cap) into road (= upper cap). I also updated the first version. The upper caps are now roads, too. I hope you like the font nevertheless. Juat try a little bit! 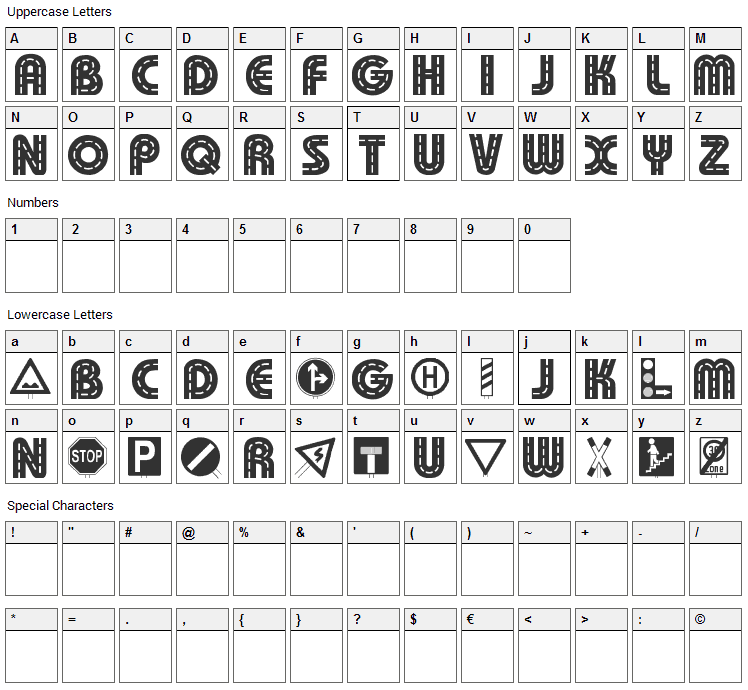 Submit a comment, question or review about Schilderwald font

Schilderwald is a fancy, decorative font designed by Susanne Fiedler. The font is licensed as Free for personal use. You can download and use the font free for personal projects. For commercial projects please refer to the license file in the package or contact the designer directly. 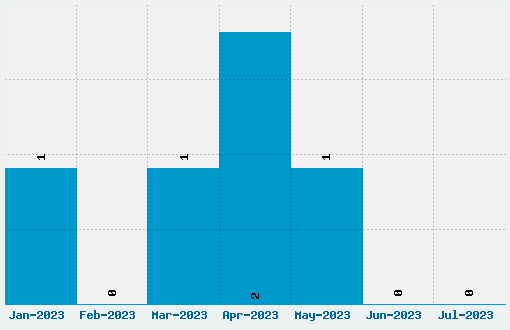