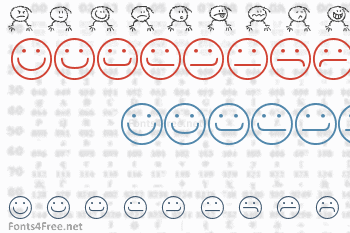 Just what you've been waiting for--a "smiley face" font! Now its possible to attach smiley faces in your documents without lifting a pen. Over 100 characters filled with happy, sad, angry, confused, and silly faces.

You can convert the characters to outlines in Illustrator, Freehand, or Canvas and edit to your hearts content! 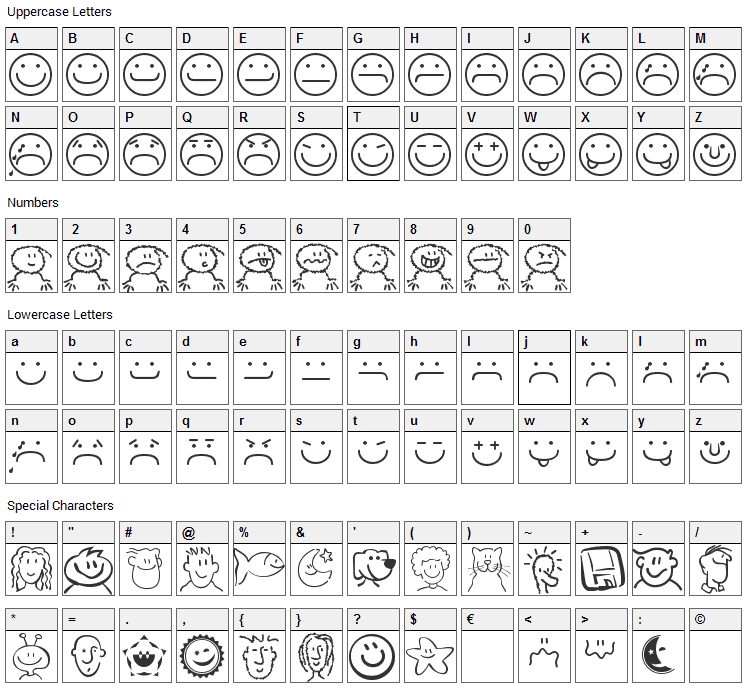 Smileyface is a dingbats, heads font designed by Jonathan Macagba. The font is licensed as Shareware. The font is available as a trial. A payment is required for commercial or personel usage. There may be some missing characters in the font demo. For your questions, please refer to the readme file in the font package or contact the designer directly.

Smileyface font has been rated 3.0 out of 5 points. A total of 1 votes cast and 0 users reviewed the font. 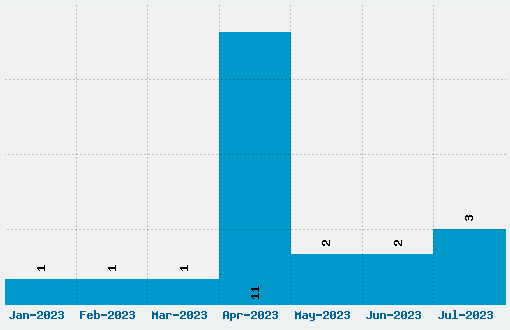