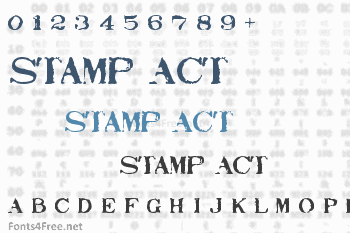 The Regular and Jumbled versions of STAMP ACT were made from scans of cheap commercial rubber stamps. The awkward design of the letters suggests a vintage packing crate. A big font company sells something called Rubber Stamp but this, and my other rubber stamp fonts which can be found on this site, are more like real stamping. The jumbled version has randomized placement. 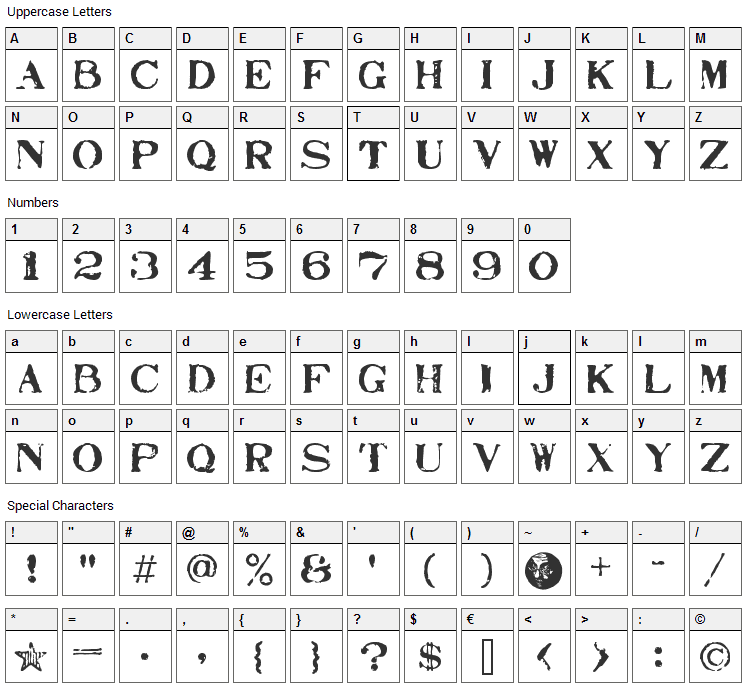 Submit a comment, question or review about Stamp Act font

Stamp Act is a fancy, eroded font designed by Harolds Fonts. The font is licensed as Free. The font is free for both personel and commercial usages. In doubt please refer to the readme file in the font package or contact the designer directly from haroldsfonts.com. 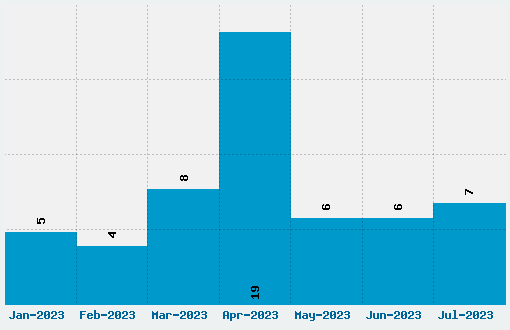