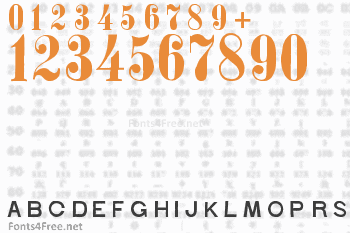 Stöhr (Stoehr) numbers font is made of prints of old stamps found at house in Albertsthal. Stamps were used by German Stöhr family that lived and worked in the house until 1945. Main part of the font are numbers, but it also contains caps and some special characters like: gr = das gramm, pf = der pfennig, RM = Die Reichsmark and business stamp of Karl Stöhr.

Stöhr numbers font was created by Lukas Krakora and is free for non-commercial use only. 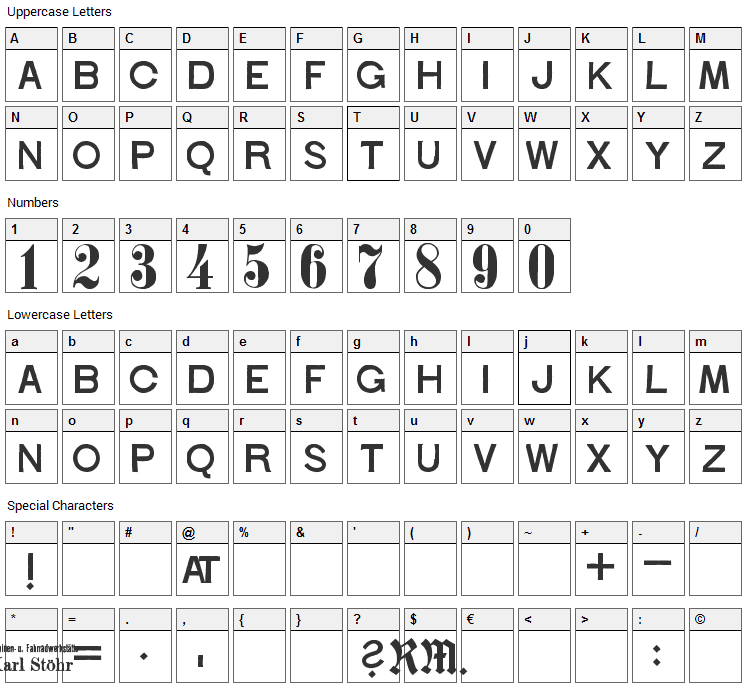 Submit a comment, question or review about Stohr Numbers font

Stohr Numbers is a fancy, various font designed by Lukas Krakora. The font is licensed as Free for personal use. You can download and use the font free for personal projects. For commercial projects please refer to the license file in the package or contact the designer directly from typewriterfonts.net. 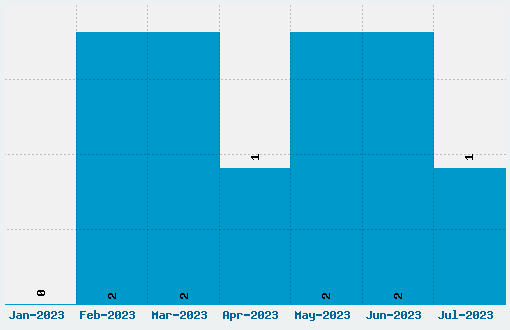