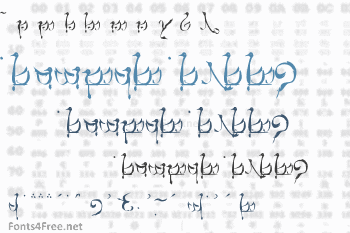 This font represents the Tengwar/Tehtar alphabet of the late Prof. J. R. R. Tolkien as it may have been written by the Sea-Elves of Tol Eressa (ref. The Silmarilion, JRRT). They were said to be fond of sailing and of the sea, and to have ahd a great fleet of swan-ships which were their prized posession. Cirdan the Shipwright, a Sindarin elf, was kin to them, as the Sindar were descendants of Teleri who did not leave Middle-earth for Valinor. To reflect their love of swans and the sea, I have stylized the Feanorian Tengwar to look like swans or other waterfowl, and several of the Tehtar to look like feathers.

The keymap follows the Windows Tengwar Standard keymap established by Daniel S. Smith. All characters are present and approximately to scale. The size ration of Dan Smith's standard Tengwar font, Tengwar Quenya, and the current font is approximately 10::6.65, or 3::2 for a near approximation. Thus when using Tengwar Quenya at 16 pt, Tengwar Teleri looks best at 24 pt, and so on. Because of the stylization, some users may wish to initial other Tengwar fonts with Teleri. In this case, Teleri tehtar are to be used and not scaled versions of other fonts' tehtar. 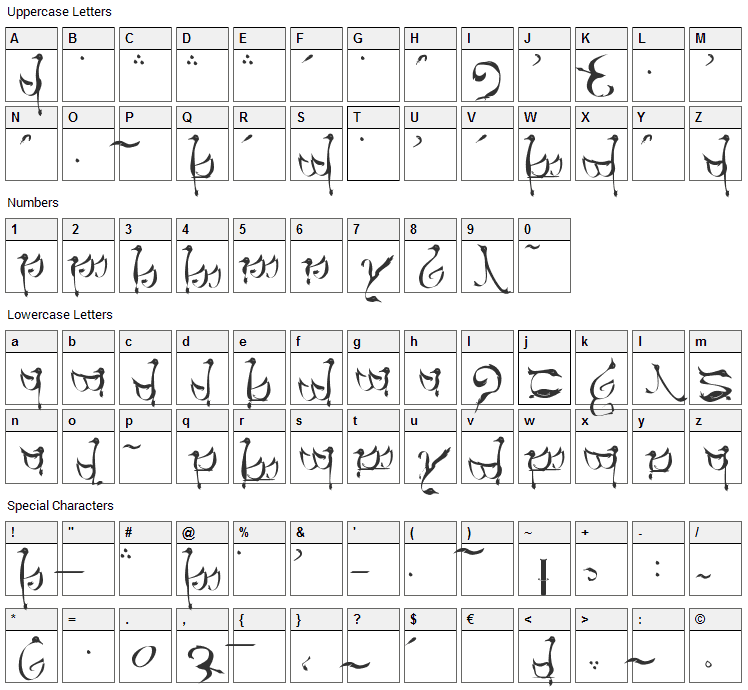 Tengwar Teleri is based (somewhat loosely) on the elven runes of J. R. R. Tolkein. The Teleri were one of the the three races of the High Elves, a portion of whom remained in Beleriand with Elwë Thingol and became the Sindarin, the Grey Elves of Middle Earth, while many others were carried to within sight of Valinor by Ulmo of the waters. There they dwelt in Tol Eressëa under the stars, and built tall swan ships and sailed the Sundering Seas. I have designed this font to reflect this; there is no precident for cygnoform tengwa in Tolkien's own work. Character Map ©1998 Daniel Stephen Smith [Redruth's Basement is in no way affiliated with the Tolkein Estate.]

Nicely done, and I very much like the esthetic of the strokes, but I'm not doing anything with tengwar at the moment (I did a lot, some years ago).

Submit a comment, question or review about Tengwar Teleri font

Tengwar Teleri is a foreign-look, runes-elvish font designed by Josh Griffing. The font is licensed as Free. The font is free for both personel and commercial usages. In doubt please refer to the readme file in the font package or contact the designer directly from my.ort.org.il.

Tengwar Teleri font has been rated 5.0 out of 5 points. A total of 1 votes cast and 1 users reviewed the font. 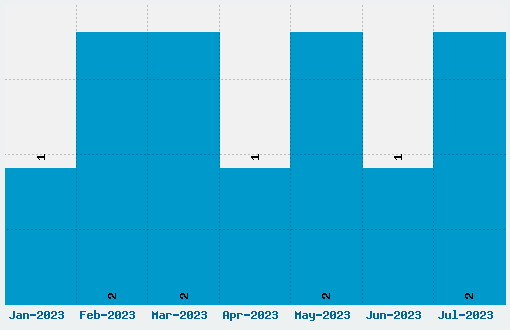