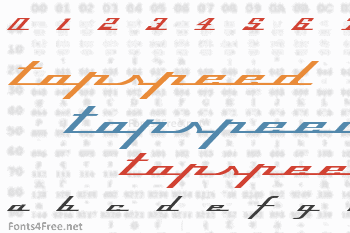 Top Speed is inspired by a certain metal badge seen on the flanks of the finest coachbuilt automobiles in the world. It is a complete alphabet, albeit all lower case at the moment, based on the letters p, i, n, f, a, and r.Top Speed Version 1.41 is currently available as shareware.

Top Speed is strictly a display typeface, and should be used for no more than one line--preferably only one or two words--at a time. The most distinctive feature of Top Speed is the fact that all the letterforms are connected to each other. To maintain this look, all the characters have tails. The forward-slash character (and underline character) can be inserted between words instead of using the space bar, maintaining the continuous baseline. The back-slash character is a somewhat shorter connector; the '|' key is a slightly longer connector. To begin your word or line of text, you should insert a small version of the baseline, which is the "<" character. This will start off your type with an appropriate "tail." To finish off your line of type, use the ">" character, as it will end your tail at the appropriate distance. These characters are more necessary in the Outline version of the font. Top Speed may require minor kerning adjustment with some characters. Because each letter must be placed EXACTLY next to the following letter, (Top Speed Normal and Heavy are slightly more forgiving) you might notice a sliver appear between an occasional pair of letters. There are no differ 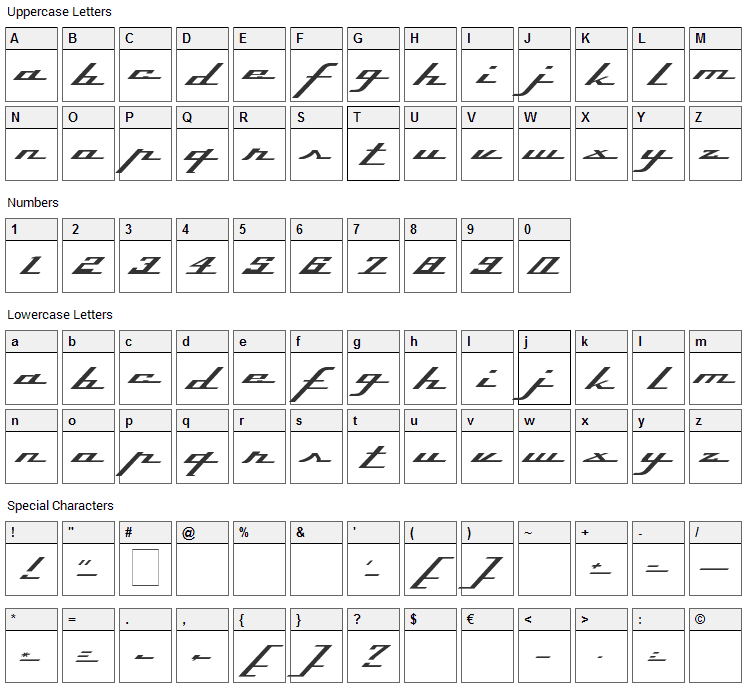 Top Speed is a fancy, retro font designed by Jason Vanderhill. The font is licensed as Shareware. The font is available as a trial. A payment is required for commercial or personel usage. There may be some missing characters in the font demo. For your questions, please refer to the readme file in the font package or contact the designer directly. 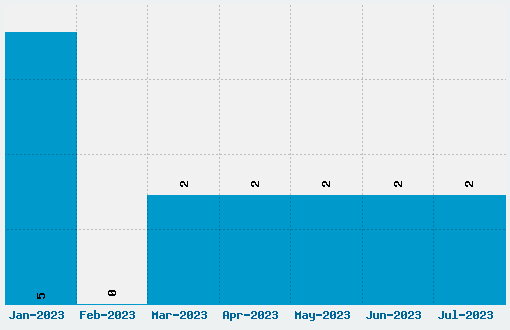