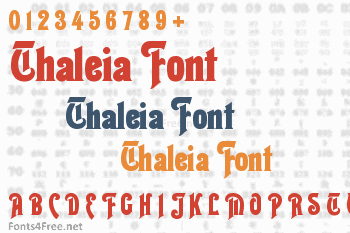 THALEIA is my digital interpretation of the analog font known as Thalia and by other names. It was commissioned for a client a while back; the exclusivity has lapsed and I’m releasing it now.

Thaleia (right, spellings vary) is the muse of comedy in classical mythology. Not as wll known as her sisters Calliope (epic poetry), Clio (history), Terpsichore (dance), but comedy never gets the respect it deserves. 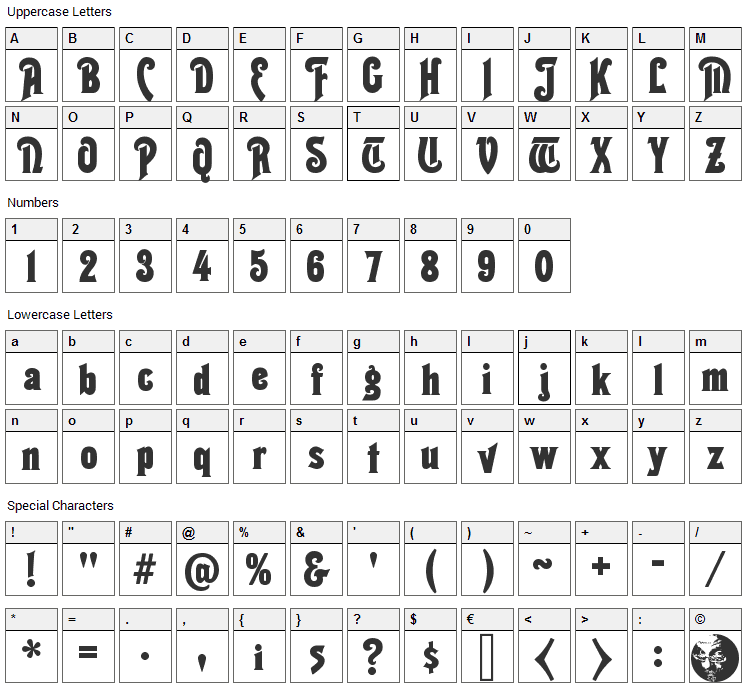 Submit a comment, question or review about Thaleia font

Thaleia is a fancy, retro font designed by Harolds Fonts. The font is licensed as Free. The font is free for both personel and commercial usages. In doubt please refer to the readme file in the font package or contact the designer directly from haroldsfonts.com.

Thaleia font has been rated 5.0 out of 5 points. A total of 1 votes cast and 0 users reviewed the font. 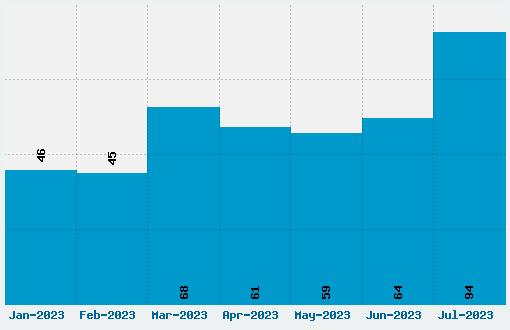