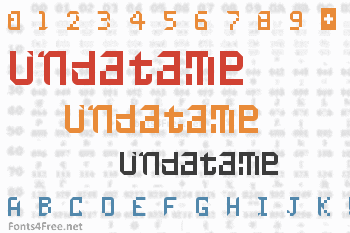 UNDATAME is a typeface developed for a school project named "UNDATA" during 2008. The project related to the deliberate corruption of imagery, video and sound - fitting with the theme, this typeface was created to market the project and to use as supplemental text throughout the project. The typeface has a pixelated, yet abstract and geometric feel to it, but delves into the "glitch" or "corrupted" aesthetic. It sometimes does not use proper upper or lowercase depending on the character; however, this was intentional as the font was originally to be used as a "mixed case" font, for example: "LiKe ThIs", to further the original concept behind it. Punctuation follows a strict, inverted block style format that contrasts and differs greatly from the rest of the characters. Use this font in any way you want just as long as you don't sell it directly. If you use it in any commercial or personal work, please let me know although you are not required to. 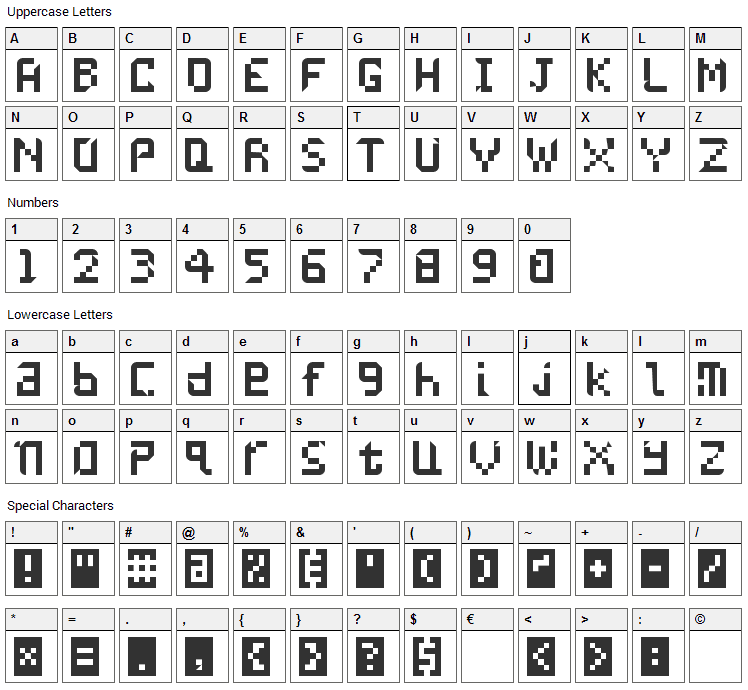 Undatame is a techno, various font designed by Vaughn Royko. The font is licensed as Free. The font is free for both personel and commercial usages. In doubt please refer to the readme file in the font package or contact the designer directly from vaughnroyko.com.