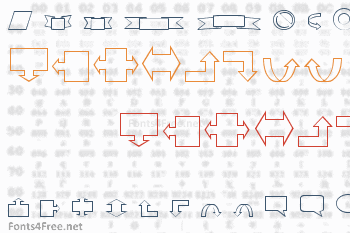 This font comes with the following 2 versions: Regular and Solid.

This is a dingbats fonts of over 130 shapes, buttons and arrows. Many of the upper and lower case A-Z (and numerals 0-9 as well as some punctuation) contain identical but flipped glyphs. This dingbats font also has numerous symbols/shapes within the non-English characters. 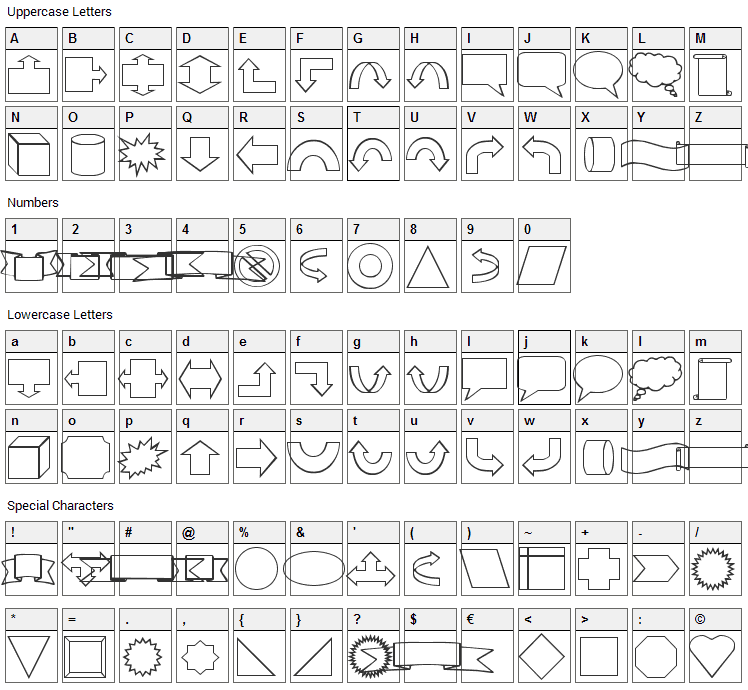 Submit a comment, question or review about VariShapes font

VariShapes is a dingbats, shapes font designed by Iconian Fonts. The font is licensed as Free for personal use. You can download and use the font free for personal projects. For commercial projects please refer to the license file in the package or contact the designer directly from iconian.com. 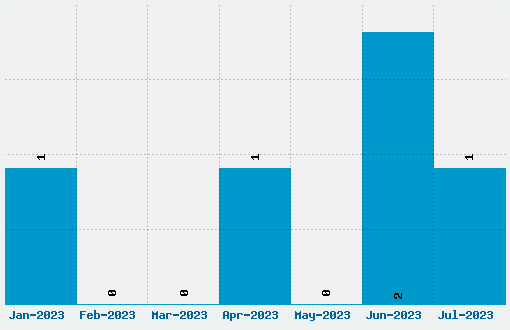