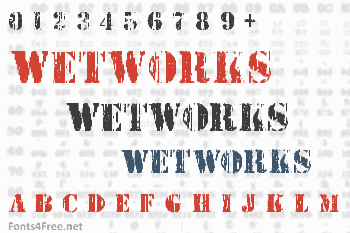 Wetworks is a military stencil font that has been chewed up as if it had been run ragged through a war. Also, the upper case letters are a heavier, blacker weight than the lower case letters. Includes a complete Latin character set. For information on commercial usage, please visit www.iconian.com/commercial.html 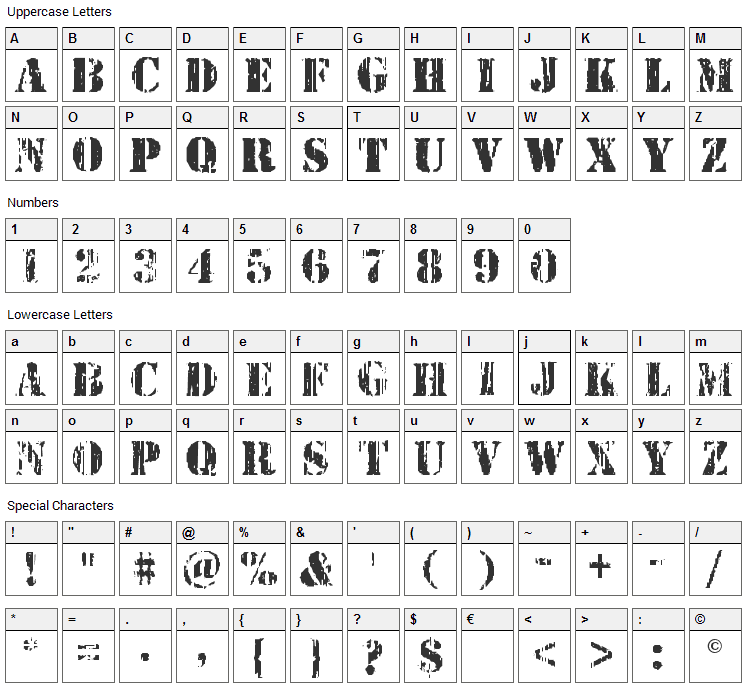 Wetworks is a fancy, stencil-army font designed by Iconian Fonts. The font is licensed as Donationware. The font is free for personel usage. A small payment is optional and always appreciated. In doubt please refer to the readme file in the font package or contact the designer directly from iconian.com.

Wetworks font has been rated 1.5 out of 5 points. A total of 2 votes cast and 0 users reviewed the font. 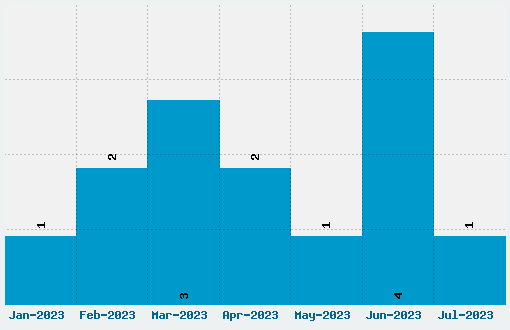