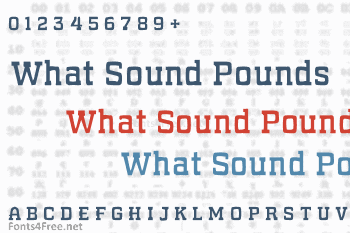 You'll want to call it many things. You'll swear it's a sport font in distress. You'll imagine it emblazoned on the flanks of battered starships. You'll wonder what niche, what genre it was ever meant to occupy. Is it a display font? Text? Is that a noise in your ear? A sounding pound against your thoughts? Ask what you think of that sound and it's potential to melt you where you stand, and you'll find this very font staring back on you. 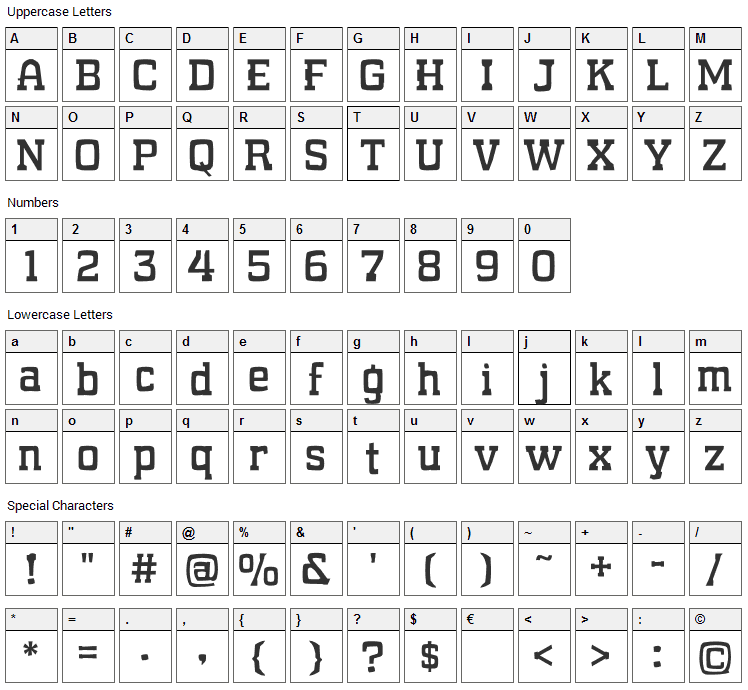 Submit a comment, question or review about What Sound Pounds font

What Sound Pounds is a fancy, old-school font designed by Fontry. The font is licensed as Free for personal use. You can download and use the font free for personal projects. For commercial projects please refer to the license file in the package or contact the designer directly from thefontry.com.

What Sound Pounds font has been rated 5.0 out of 5 points. A total of 1 votes cast and 0 users reviewed the font. 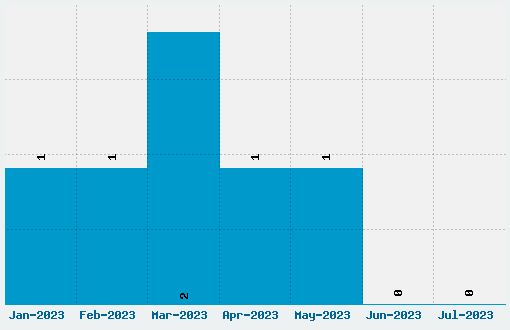