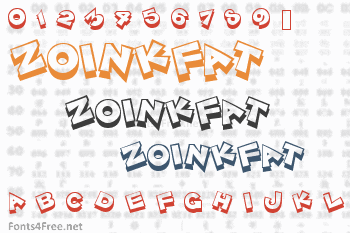 Zoink Fat is a font I did years ago, based on an old Mac font called GilbertShelton. When I first started doing design (many years ago when the Mac Plus was the top of the line), there was a font available called GilbertShelton, but it was only available in bitmap format. Basically, I did my best to create an outline font from the largest available screen font. The name is a nod to the fight scenes on the old Batman TV series (and to Shaggy on Scooby Doo...). 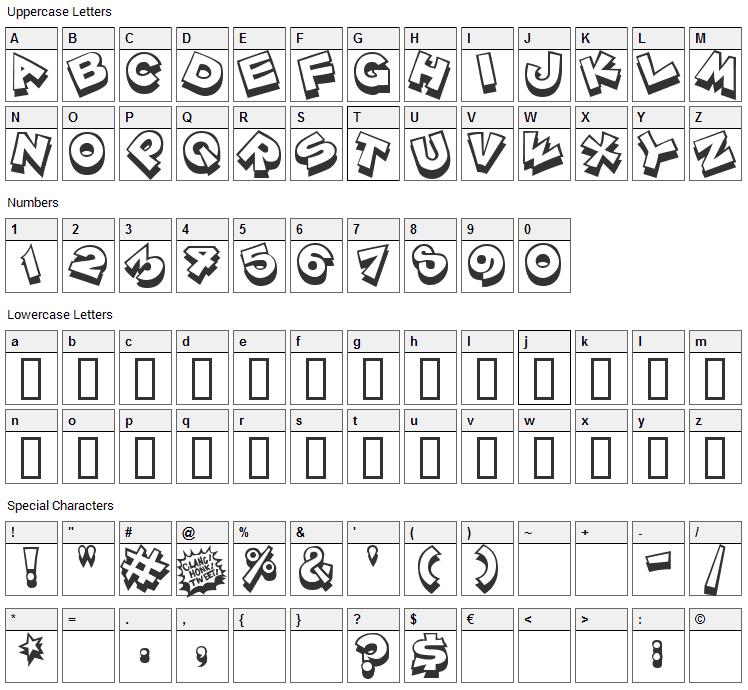 Submit a comment, question or review about ZoinkFat font

ZoinkFat is a fancy, cartoon font designed by Marty Yawnick. The font is licensed as Free. The font is free for both personel and commercial usages. In doubt please refer to the readme file in the font package or contact the designer directly from typeadesign.com. 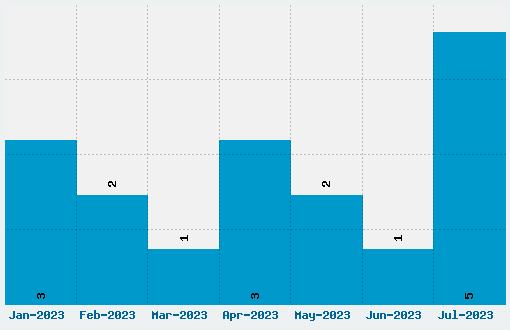