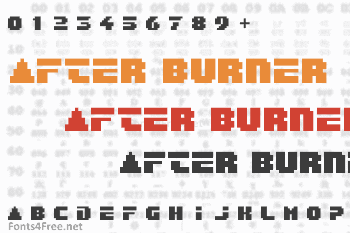 After Burner is a popular pseudo-3D flight simulator that was released in 1987 by Sega. It was made popular not just because it's a fast paced action game, but because the arcade cabinent would move and bank just like the fighter jet on the screen. This added a much needed hint of realism to arcade gaming. This font, created by Genshichi Yasui, nicely emulates the in-game font used in After Burner and After Burner II. 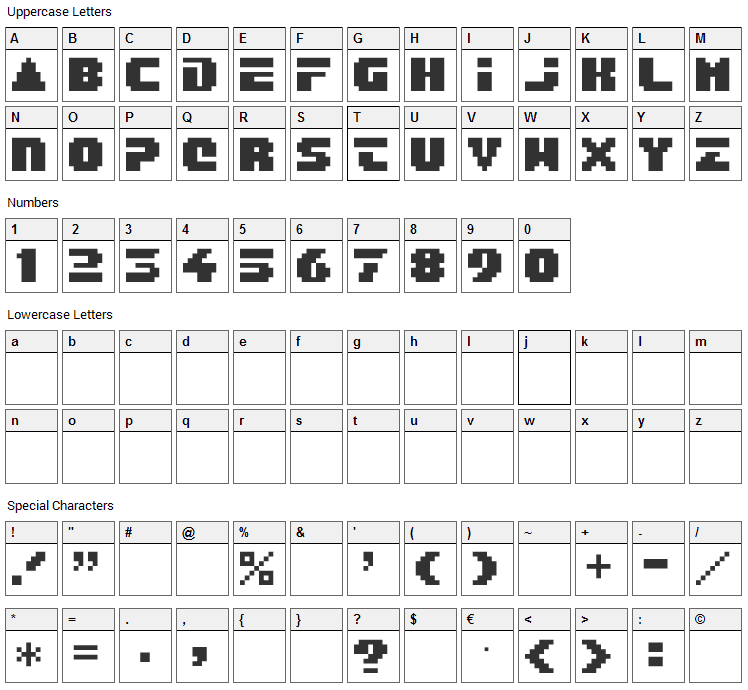 Submit a comment, question or review about After Burner font

After Burner is a bitmap, pixel font designed by Genshichi Yasui. The font is licensed as Free for personal use. You can download and use the font free for personal projects. For commercial projects please refer to the license file in the package or contact the designer directly. 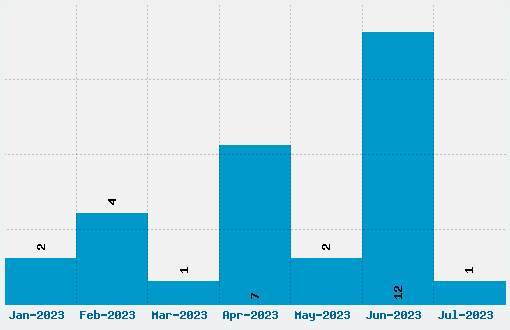