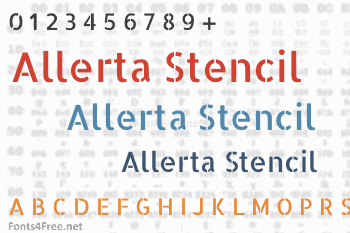 Allerta is an open source typeface designed for use in signage. Allerta was designed to be easily and quickly read from a distance. Each letter exploits the most unique aspects of that individual letter so that each character can be easily distinguished from any other. Initially published at matt.cc/allerta. 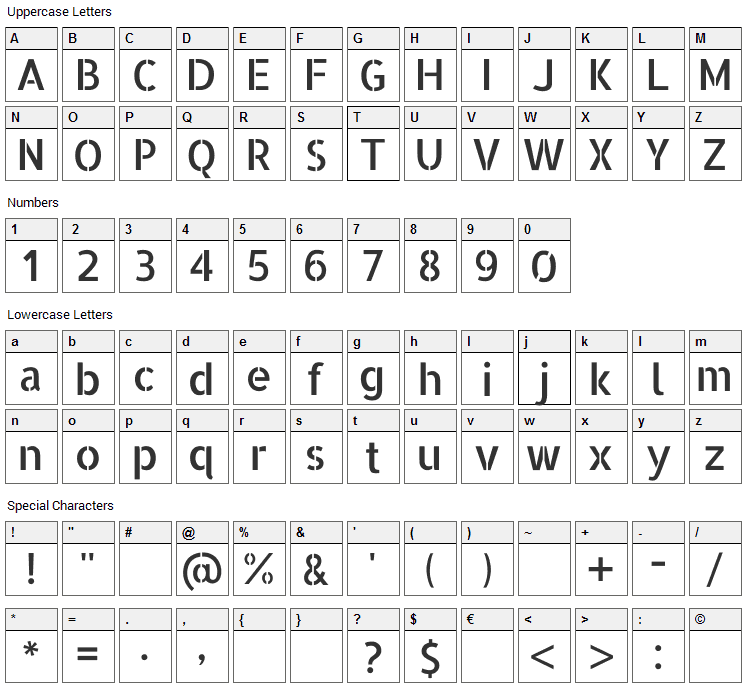 Submit a comment, question or review about Allerta Stencil font

Allerta Stencil is a fancy, stencil-army font designed by Matt McInerney. The font is licensed under SIL Open Font License. The font is free for both personel and commercial usages, modification and distribution. In doubt please refer to the readme file in the font package or contact the designer directly from plus.google.com.

Allerta Stencil font has been rated 1.0 out of 5 points. A total of 2 votes cast and 0 users reviewed the font. 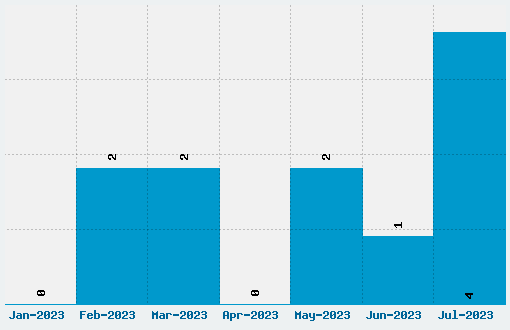