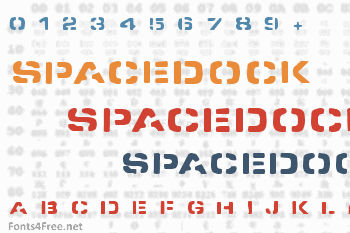 Spacedock Stencil is a font I assumed already existed - a stencilized, slightly stressed adaptation of a classic typeface that has long been associated with space-adventure fiction (used for signage in Space: 1999, the Star Trek films, and many others). I searched up and down for a long time, and while I encountered the occasional mock-up of stencils using this style, they were always individual works of graphic design, where somebody stencilized-and-stressed the thing by hand in a paint program.

So, I decided to stencilize-and-stress the entire keyboard set (plus some of my usual extras, like smartquotes and true dashes and things) all at once, so I'd never have to do it again!

I hemmed and hawwed over how much stressing to add ... did I want a flaked-paint look? A rusted-and-corroded look? A painted-by-an-idiot-not-competent-to-handle-a-paint-sprayer look? In the end, I went for very mild stressing - just a few random touches and a mild bloat to the edges, to give it a hasty but not *ruined* appearance, since added stressing is much easier to do later on than the rest. The final result is one I'm pleased with: an original font that hearkens back to an old favorite, and one that I'll find useful in upcoming Points in Space installments! Enjoy. 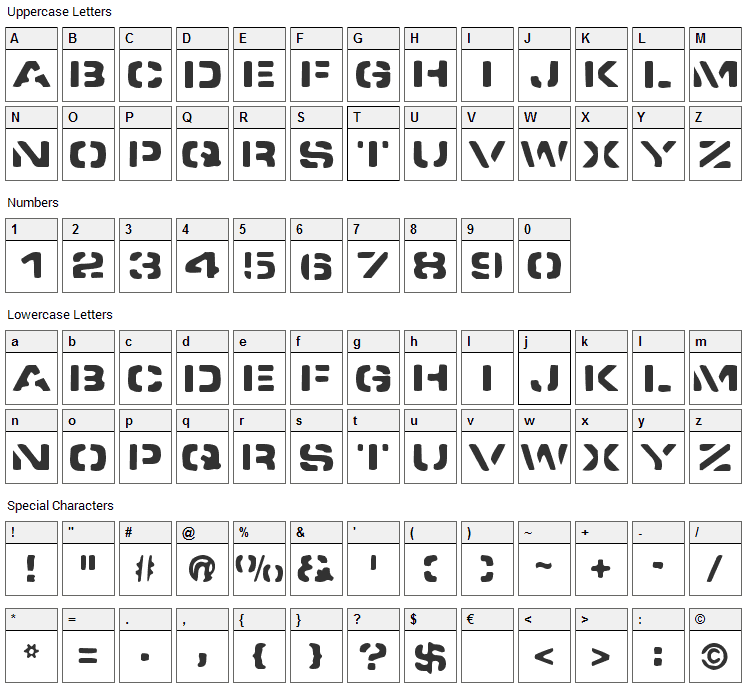 Submit a comment, question or review about Spacedock Stencil font

Spacedock Stencil is a fancy, stencil-army font designed by Cumberland Fontworks. The font is licensed as Free for personal use. You can download and use the font free for personal projects. For commercial projects please refer to the license file in the package or contact the designer directly from www222.pair.com. 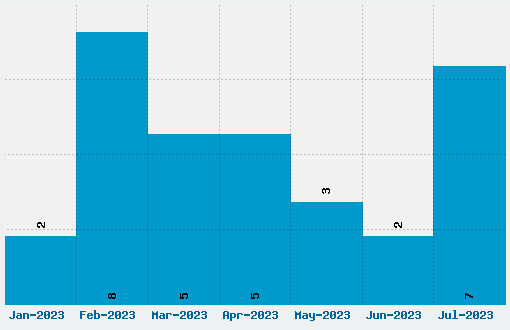