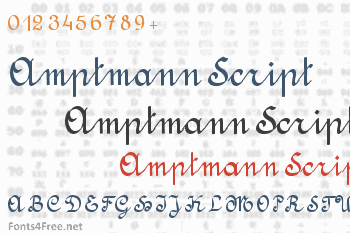 Prussia: Between 1880 and 1914 Prussian railway administration in an occasional series pattern drawings issues on which types of font and are governed by the execution of signs for railway vehicles, including the .Musterzeichnung IV 44 Issue 3 So here the font used on many technical plans, this time for the explanatory notes and dimensions, so to speak, the forefather of - (Other typefaces will follow this font, I offer indeed here.) DIN EN ISO 3098th, yes I did with the old DDR standard designation TGL 31034 in our assortment. Way above a section of the pattern drawing sheet P II 2 August 1900, entitled "Signs and addresses for Bahnpostwagen". Unlike the other in the usual correspondence used German cursive (see Wiegel Kurrent) is the Amptmann Script is an only partially connected spelled, very upright Latin script. 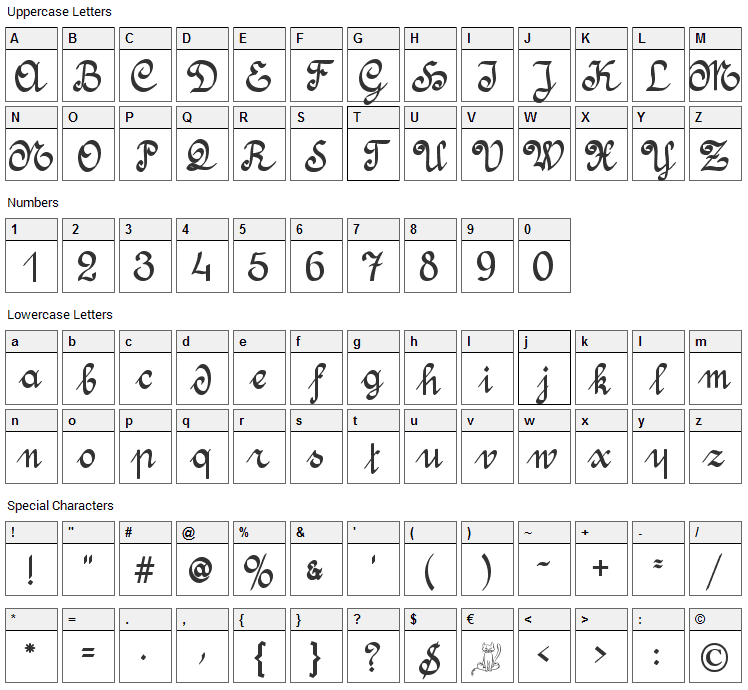 Amptmann Script is a script, various font designed by Peter Wiegel. The font is licensed as Free. The font is free for both personel and commercial usages. In doubt please refer to the readme file in the font package or contact the designer directly from peter-wiegel.de.