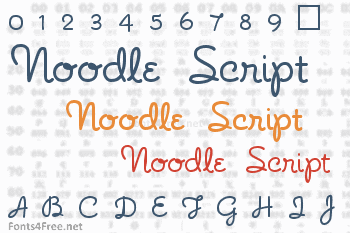 NOODLE SCRIPT is a revival of sorts. I saw a sample in a book printed in the 1930's. The original typeface was called "Romany, " and I've never seen its like in digital font format--and I've pored over a lot of recent (last ten years) specimens and font catalogs. So as an excercise, I thought I'd try to produce something similar. The result is admittedly a lot less artful than the original, yet, despite the warts, this font has some charm. Maybe. 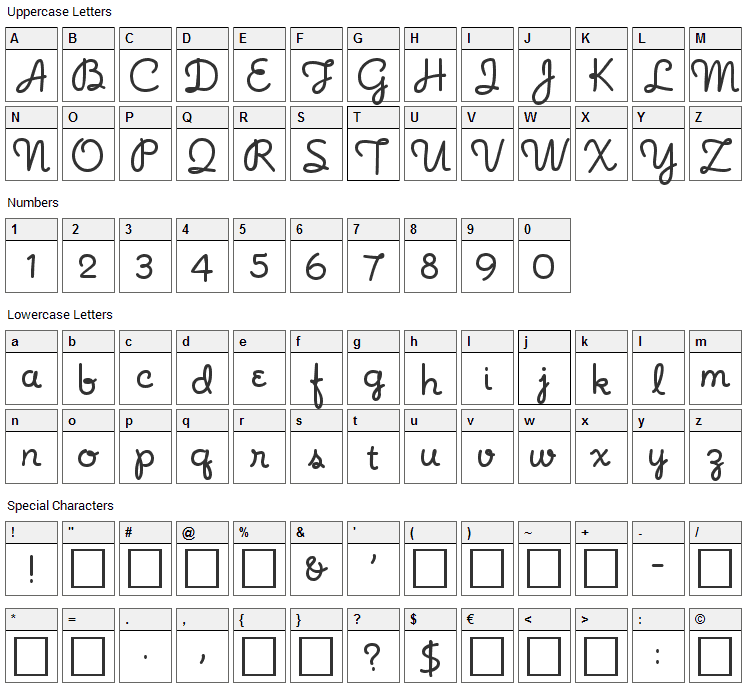 Submit a comment, question or review about Noodle Script font

Noodle Script is a script, various font designed by Dave Bastian. The font is licensed as Free. The font is free for both personel and commercial usages. In doubt please refer to the readme file in the font package or contact the designer directly from davebastian.com.

Noodle Script font has been rated 5.0 out of 5 points. A total of 1 votes cast and 0 users reviewed the font. 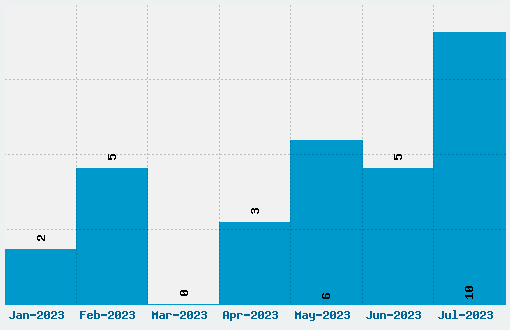