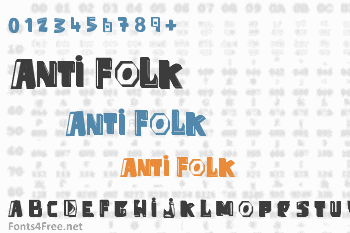 Anti-folk (sometimes antifolk or unfolk) is a music genre that takes the earnestness of politically charged 1960s folk music and subverts it. The defining characteristics of this anti-folk are difficult to identify, as they vary from one artist to the next. Nonetheless, the music tends to sound raw or experimental; it also generally mocks the seriousness and pretension of the established mainstream music scene. 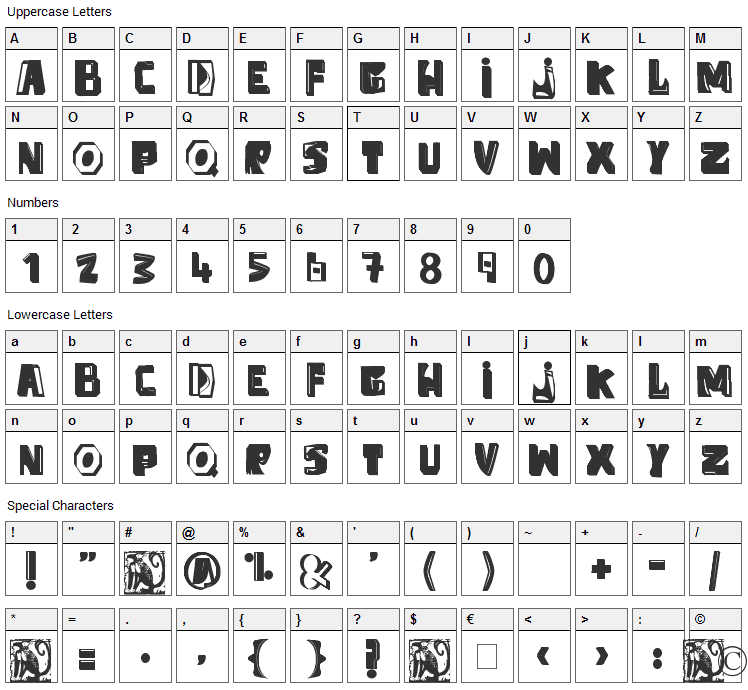 Submit a comment, question or review about Anti Folk font

Anti Folk is a fancy, distorted font designed by paintblack. The font is licensed as Free. The font is free for both personel and commercial usages. In doubt please refer to the readme file in the font package or contact the designer directly from paintblack-paint.blogspot.com.