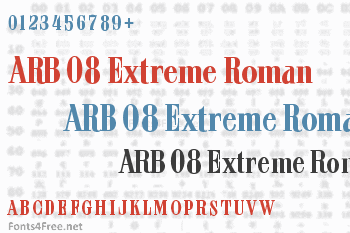 From August, 1932 comes the 8th alphabet by Alf R. Becker, as published in Signs of the Times magazine by ST Publications. Narrow and elegant is the key to this font, only I've made the serifs a little bigger than you normally find on a face like this. This is a font for signs, after all. And there's nothing worse than disappearing serifs once you back up for a good look at your handiwork. There's a lot of simplicity in this font, mixed in with the usual complexities, like that killer lowercase g that is sure to leave you drooling with excitement--or possibly despair, for those with a weak viewpoint. 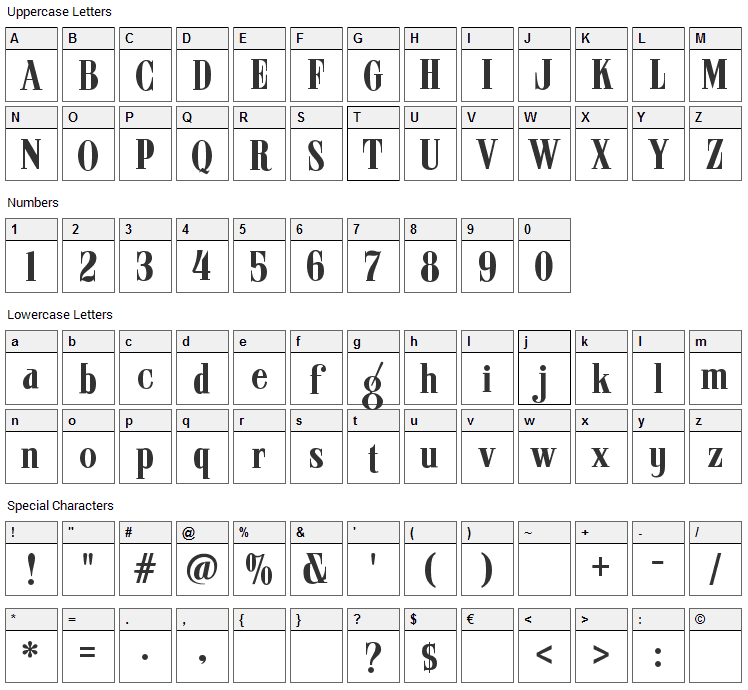 ARB 08 Extreme Roman AUG-32 CAS is a basic, serif font designed by Fontry. The font is licensed as Free for personal use. You can download and use the font free for personal projects. For commercial projects please refer to the license file in the package or contact the designer directly from thefontry.com. 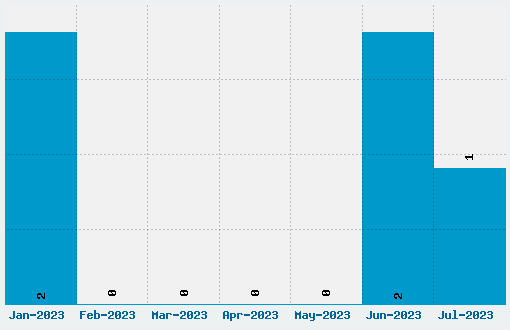