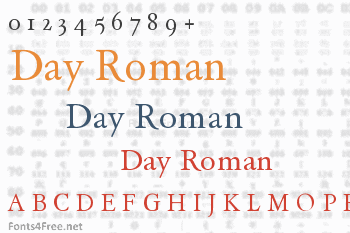 The two-tiers font included in this archive, Day Roman, is a digitally redrawn version of what has come to be historically known as the "Two Line Double Pica Roman", a typeface designed by 16th century French punchcutter François Guyot, and used in numerous books between 1535 and 1570, most notable of which are J. Steelsius's printing of The Bible (1541) and Frisius (1551), Gillis Coppens van Diest's printing of Erasmus (1544), Georgius (1544), Serlio (1550) and Horatius (1552), and Rotarius's printing of Livius Brechtius (1549). The type was also used extensively by H. Dunham, and later J. Day, in London (the name Day Roman is simply a reference to J. Day having used the type). Original matrices of Guyot's roman type are now in the Museum Plantin-Moretus in Antwerp.

A 1782 "Sale Catalog & Specimen of the James Foundry" shows a reproduction of that same type under the name "Two-Line Double Pica Macilent". Some specimens from unknown English printers dating back to circa 1650 also show the same typeface, but no proper references were given. The last recorded reference to Guyot's type can be found in "Type Specimen Fascimiles, vol. 1, No. 1 - 15, " by John Dreyfus et al, printed in London circa 1963.

In digitizing this typeface, attention was mainly given to duplicate the technical imperfections of 16th century printing, which have been lost with today's technologies. In order to accomplish this, some digital type design conventions have been avoided - things like the uniformity of the serifs, overall stroke precision, vertical proportion exactitude... While trying to maintain as much fidelity as possible to Guyot's original drawings, there was also emphasis in testing to ensure good print functionality at various text and display sizes. This digitization should work nicely when used anywhere from 10 to 30 pt. Some design oddities, appealing or otherwise, may appear in 30+ pt usage. After considerable testing of the digitization, I am quite satisfied with the result as being as semi-accurate representation of Guyot's 16th century Roman, or at least a modern presentation reminiscent enough of Guyot's original. 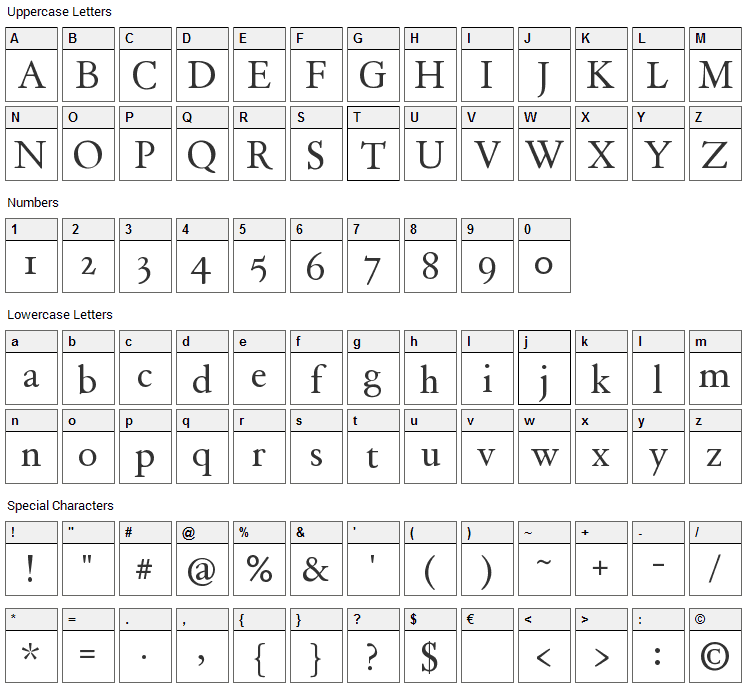 Submit a comment, question or review about Day Roman font

Day Roman is a basic, serif font designed by Apostrophic Labs. The font is licensed as Free. The font is free for both personel and commercial usages. In doubt please refer to the readme file in the font package or contact the designer directly.

Day Roman font has been rated 5.0 out of 5 points. A total of 2 votes cast and 0 users reviewed the font. 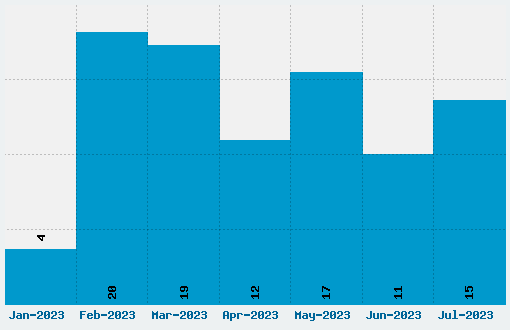