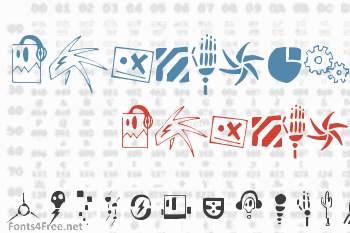 This font is completely free. Hope it comes in handy for some of you out there. These were quick little concept drawings for a logo I did in 2004. For some reason I never deleted the little drawings so I decided to take them and turn them all into a font. Cheers, Tom 24-09-2009 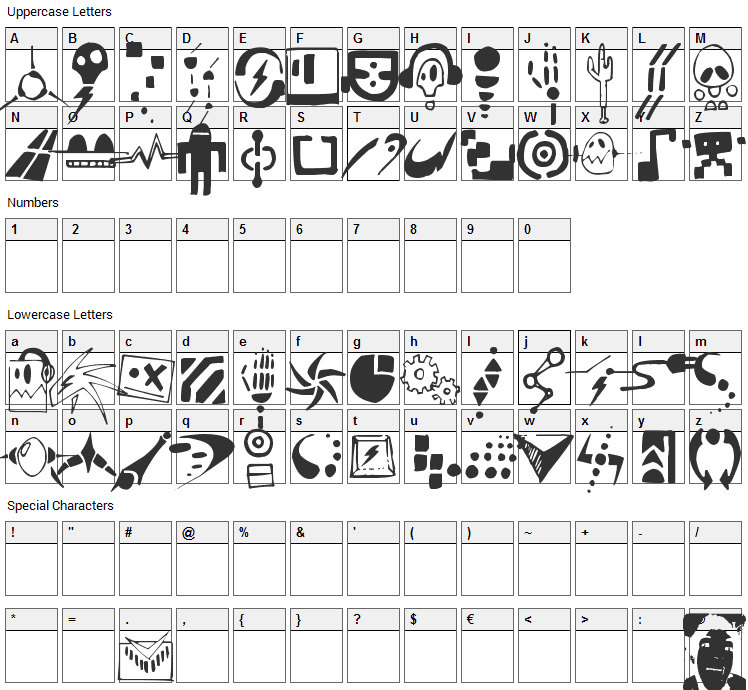 Submit a comment, question or review about Artefekt font

Artefekt is a dingbats, various font designed by Tom Raaijmakers. The font is licensed as Free. The font is free for both personel and commercial usages. In doubt please refer to the readme file in the font package or contact the designer directly from tomraaijmakers.nl.