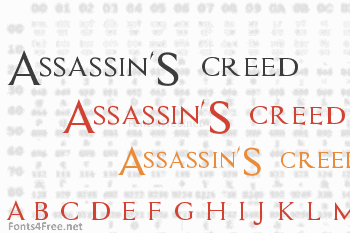 Assassin's Creed font: directly from the Best videogame by UBISOFT, the original font for all lovers. Use ADOBE Photoshop for the original border from title.

When you click on download you will see a blue bar letting you know it is uploading onto your PC, once it does a bar pops up at the bottom of the screen showing you what has just been loaded, click on the icon similar to this one < that is pointing upwards to bring up a tiny menu, now click on "open" to bring up a folder that will show you the font document, click this with the left mouse button to open the document and you will see on the top of the page an option to "install" the font, all you have to do then, to make sure it worked, is to go to settings and check your font's name in the list to confirm it has installed.
Hoped this helped.

How do i download the font? Im having issues.

how to install and use it?

Assassin also known as Assassin's Creed font is a fancy, various font designed by Alphabet & Type. The font is licensed as Free. The font is free for both personel and commercial usages. In doubt please refer to the readme file in the font package or contact the designer directly from alphabetype.it.

Assassin font has been rated 4.8 out of 5 points. A total of 14 votes cast and 3 users reviewed the font. 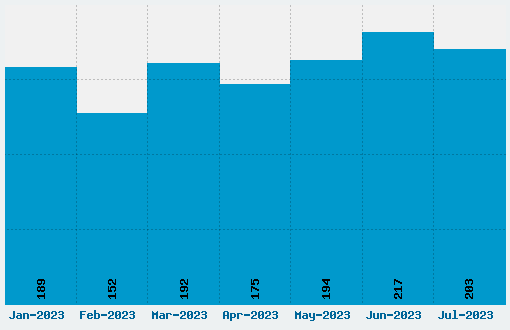