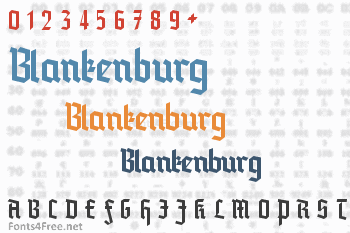 When writing Blankenburg is a free, semi-condensed version of the Eric Meyer in the years 1933 - 35 font developed Tannenberg. But as I expressly dissociate myself from the political background of this font, I have omitted the runes and chosen a different, more neutral name. I have traced the font because this font many trainstation buildings were labeled with the respective place names, and so such a script for a realistic design of station buildings 2 and 3 is used to model systems of epochs. 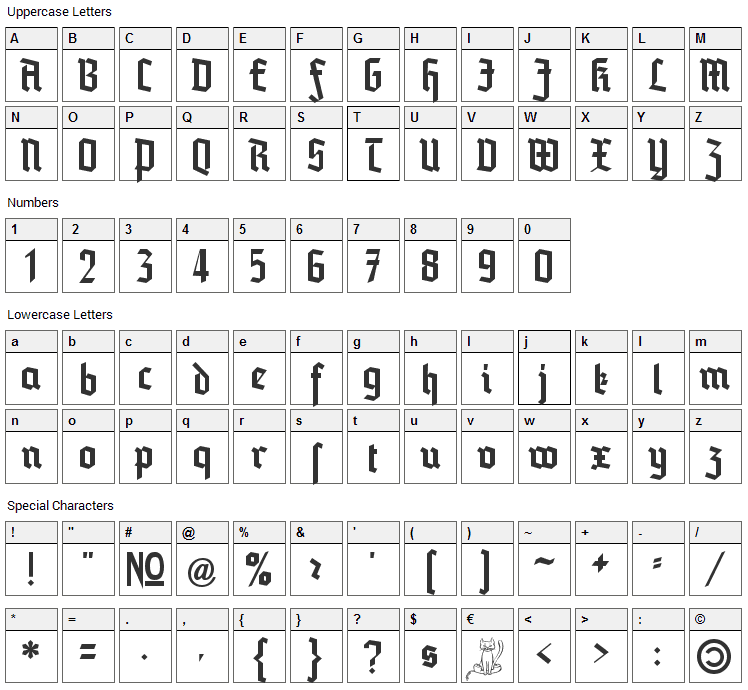 Blankenburg is a gothic, modern font designed by Peter Wiegel. The font is licensed as Free. The font is free for both personel and commercial usages. In doubt please refer to the readme file in the font package or contact the designer directly from peter-wiegel.de. 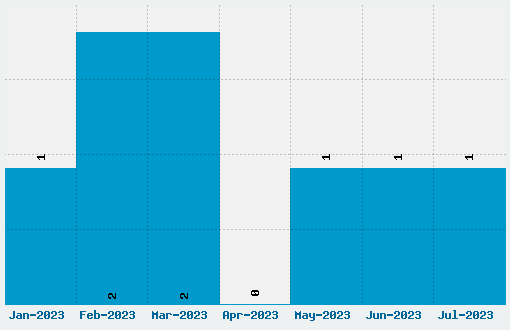