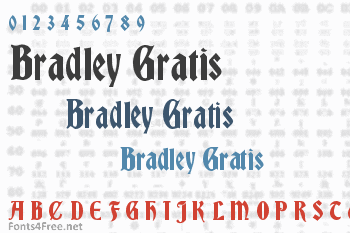 Bradley is an 1895 typeface credited to Joseph Warren Phinney (1848-1934). It was based on lettering by Henry William Bradley (1869-1962) for a Christmas cover of Harper's Bazaar magazine. Bradley was the basis for logotypes such as Firestone and Ketel One, and has been used more recently by Disney on theme park signage.

This digitization is based on an incomplete specimen from Dover's "Gothic and Old English Alphabets : 100 Complete Fonts." I'm releasing it to the public domain. Anyone so inclined is welcome to improve and/or add on to what I've started. 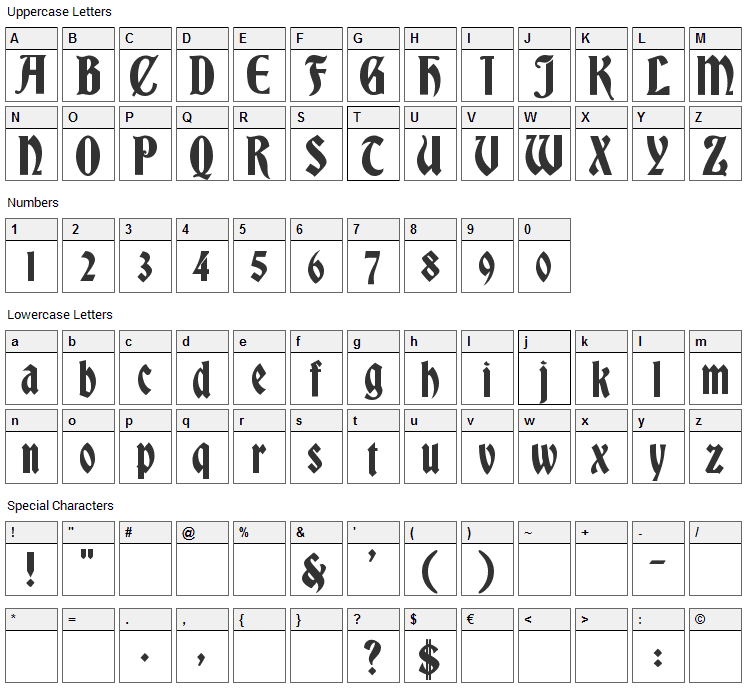 Bradley, an 1895 typeface credited to Joseph Warren Phinney, is based on lettering by Henry William Bradley for a Christmas cover of Harper's Bazaar magazine. This digitization is based on a specimen from Dover's "Gothic and Old English Alphabets : 100 Complete Fonts" selected and arranged by Dan X. Solo from the Solotype Typographers Catalog.

Submit a comment, question or review about Bradley Gratis font

Bradley Gratis is a gothic, modern font designed by Justin Callaghan. The font is licensed as Public Domain / GPL / OFL. Public domain fonts are free of known copyright restrictions because intellectual property rights have been forfeited by the respective author or property rights have expired. The font is free for both personel and commercial usage. For your questions, please contact the designer directly from mickeyavenue.com.

Bradley Gratis font has been rated 5.0 out of 5 points. A total of 1 votes cast and 0 users reviewed the font. 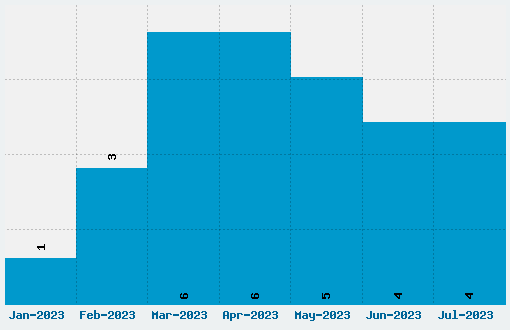