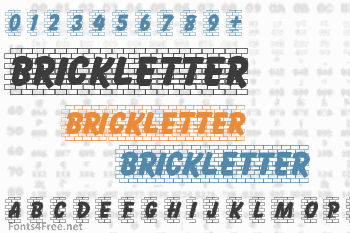 BRICKLETTER was inspired by Jeff Levine’s interlocking all-brick font “Off the Wall.” I took the brick idea that and added letters based on Max Kaufmann’s classic font Balloon. Each letter fits with the next to create a brick wall emblazoned with bold graffiti. The brackets and underscore can be used to create square ends and bricked space. Parodied on Something Awful as “Bricks of Failure…What could make a font read better than putting a bunch of bricks behind it? Absolutely nothing! It’s perfect!” 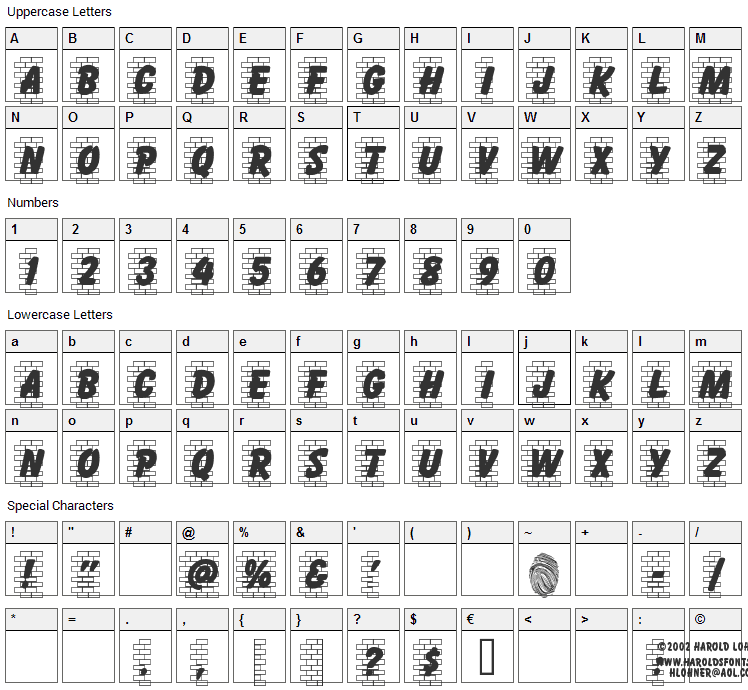 Submit a comment, question or review about Brickletter font

Brickletter is a fancy, decorative font designed by Harolds Fonts. The font is licensed as Free. The font is free for both personel and commercial usages. In doubt please refer to the readme file in the font package or contact the designer directly from haroldsfonts.com.

Brickletter font has been rated 3.0 out of 5 points. A total of 1 votes cast and 0 users reviewed the font. 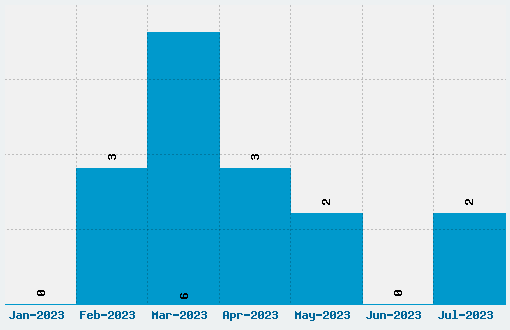