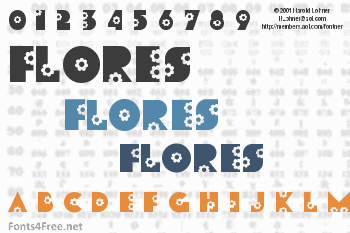 FLORES first appeared in 2001, inspired by this florist’s sign in Valencia, Spain. I started with the 6 given letters and made up the others. With a happy 70s deco feel, the 7-petalled flowers are negative spaces which appear as the background or paper color. Now, thanks to a discussion on Typophile, I have seen more original letters, as in “Sachet Discret” and “Fleurdon” (below) and added them to the font. I was also happy to see that Flores (with my original C and H) appeared in this CBS News segment about typography. 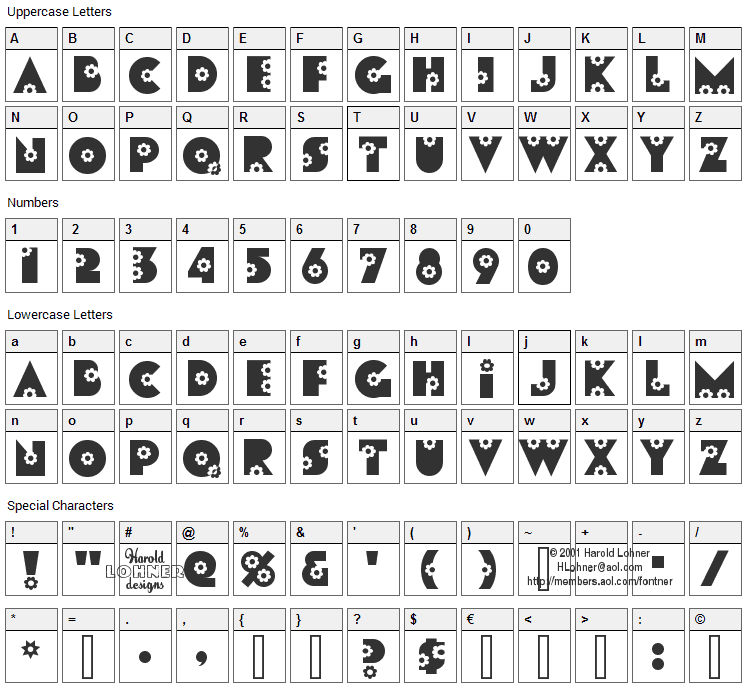 I used this on an older computer and now I'd like to have it again. Very useful.

Submit a comment, question or review about Flores font

Flores is a fancy, decorative font designed by Harolds Fonts. The font is licensed as Free. The font is free for both personel and commercial usages. In doubt please refer to the readme file in the font package or contact the designer directly from haroldsfonts.com.

Flores font has been rated 5.0 out of 5 points. A total of 1 votes cast and 1 users reviewed the font. 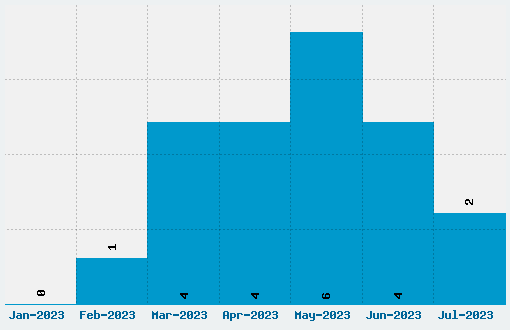