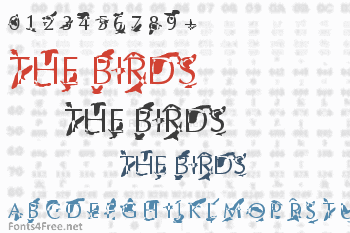 Alfred Hitchock’s The Birds (1963) is one of my favorite films. This font was inspired by its opening titles which were designed by James S. Pollak. Each name appears in a serifless roman font, then is broken up and reassembled by the images of birds flapping past.

The letterforms are my own variation on Optima with certain letters altered to match the film’s. The bird shapes are based on my own photos of swarming crows on Thanksgiving 2004. The result doesn’t match the individual film titles, but suggests the entire sequence of breaking letters and passing birds. 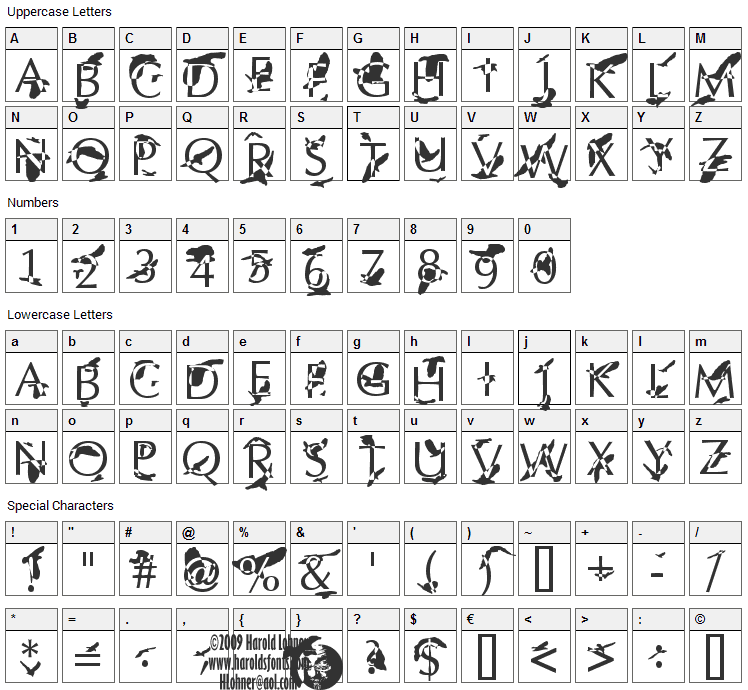 Submit a comment, question or review about The Birds font

The Birds is a fancy, decorative font designed by Harolds Fonts. The font is licensed as Free. The font is free for both personel and commercial usages. In doubt please refer to the readme file in the font package or contact the designer directly from haroldsfonts.com.

The Birds font has been rated 5.0 out of 5 points. A total of 2 votes cast and 0 users reviewed the font. 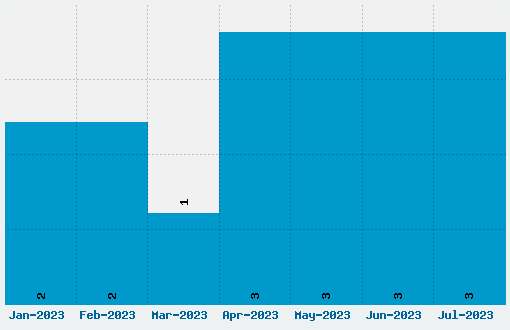