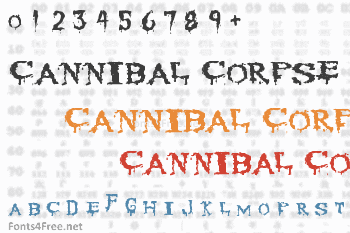 After endless hours of looking for a font that even resembled the cannibal corpse font without luck. I decided to try and make one and here it is. 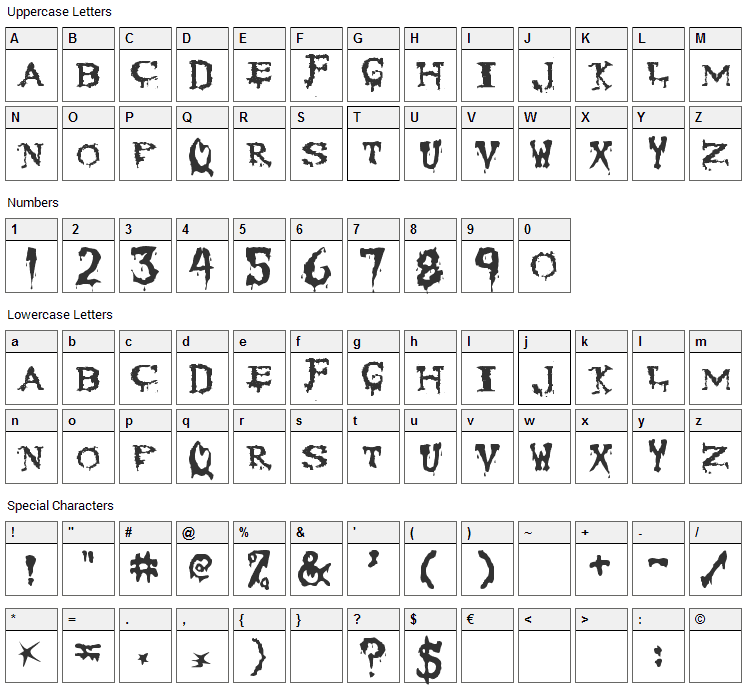 Submit a comment, question or review about Cannibal Corpse font

Cannibal Corpse is a fancy, horror font designed by screensaverhell.com. The font is licensed as Free. The font is free for both personel and commercial usages. In doubt please refer to the readme file in the font package or contact the designer directly.

Cannibal Corpse font has been rated 3.7 out of 5 points. A total of 3 votes cast and 0 users reviewed the font. 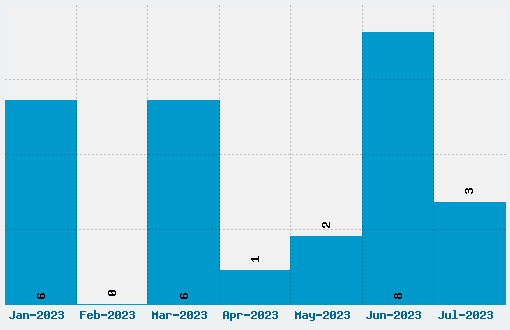