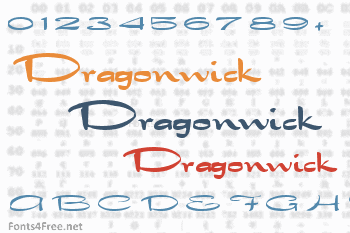 This font was digitized in 1990 by David Rakowski and published as shareware. I have no idea as to whether he also designed it or scanned one of the solotype catalogue samples.

Dragonwick 1990 contained no characters with diacritical marks and only limited punctuation. In 2002, I added most of these and also changed a few characters, compare T and s to the original that is still around everywhere. The most significant changes were made to the F which I re-created, since the original F would not be recognisable easily in my country. You still find the orginal as the florin character (#131). Almost 90 kerning pairs were added to relieve the worst spacing problems.

For the Fontgrube relaunch 2013 I made a slight revision, added missing kern pairs and adjusted the guillemets to fit the size of the lowercase characters. 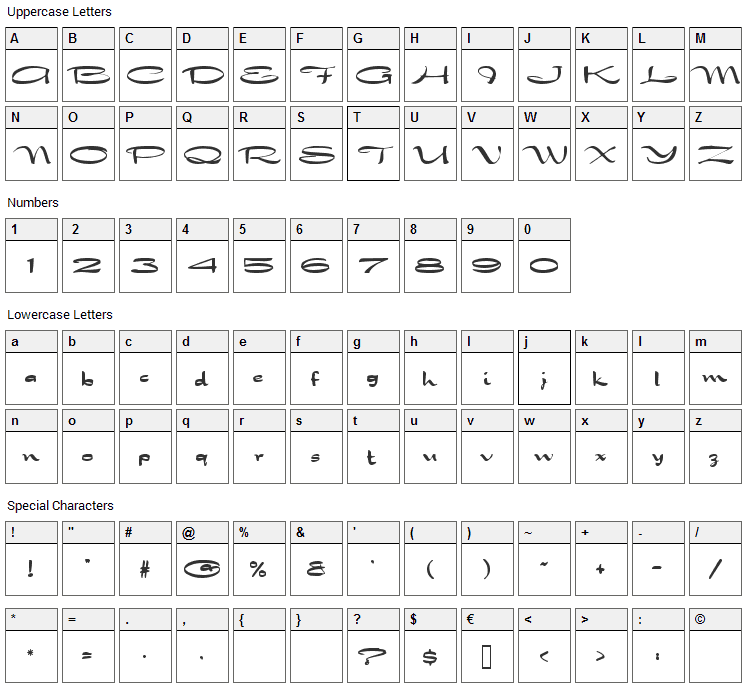 Dragonwick is a script, various font designed by FontGrube AH. The font is licensed as Free for personal use. You can download and use the font free for personal projects. For commercial projects please refer to the license file in the package or contact the designer directly from fontgrube.de.

Dragonwick font has been rated 5.0 out of 5 points. A total of 1 votes cast and 0 users reviewed the font. 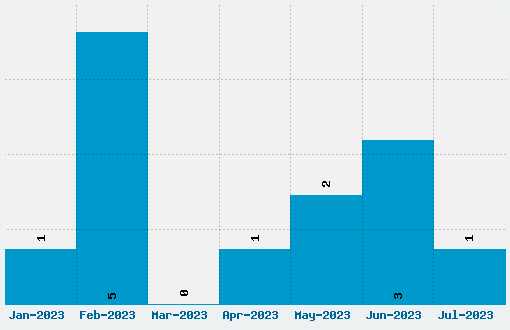