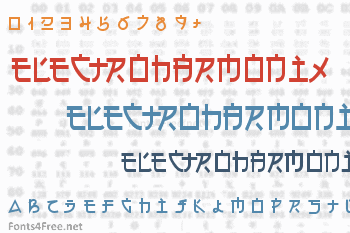 When I created Electroharmonix 15 years ago, I never dreamed that I’d eventually move to Japan and have to learn to read and write Japanese. Now that I can read this stuff, I can see how badly I mangled those Japanese characters. I’ve redrawn everything a little bolder with an attempt to at least sort-of follow the drawing rules of katakana and kanji. This time there’s no hiragana mixed in; strictly katakana, and a few kanji. Of course, I still had to bend, flip and twist it to try to make it look like an alphabet. I’ve given Electroharmonix better kerning, punctuation, math symbols, fractions and numeric ordinals. There are now 3 types of brackets. Double smart-quotes have been replaced with Japanese angle quotes. The long dashes have been replaced by double dashes – they resemble a long equal sign. The asterisk is based on the kanji symbol for rice. The question mark now looks like a plain question mark because in Japanese, they often use the same question mark we do. The ellipsis is made of dots instead of rings: that’s done on purpose.

If you'd like to embed this font in an app, ebook, on the web or anything that's not covered 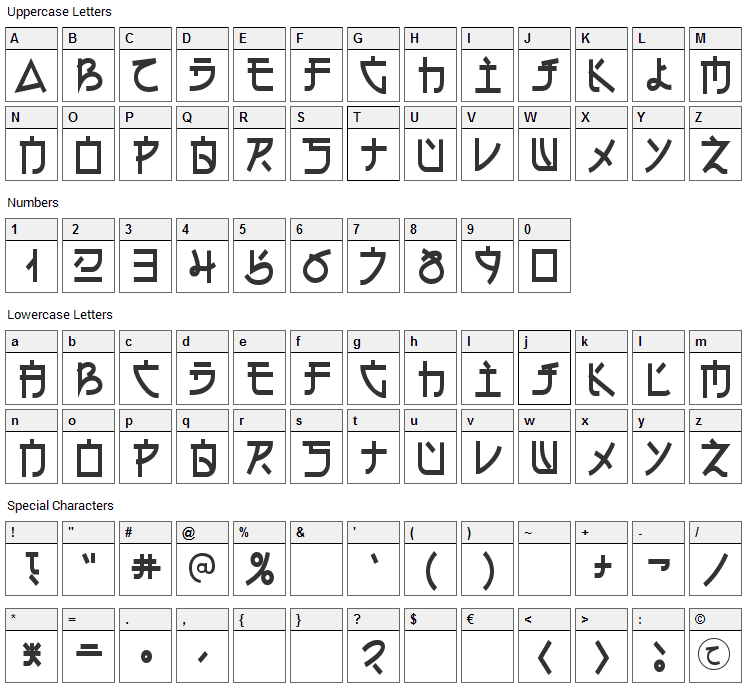 Larabie Fonts is able to offer unique free fonts through the generous support of visitors to the site. Making fonts is my full-time job and every donation, in any amount, enables me to continue running the site and creating new fonts. If you would like to support Larabie Fonts visit www.larabiefonts.com for details.

Submit a comment, question or review about Electroharmonix font

Electroharmonix is a foreign-look, chinese-japanese font designed by Typodermic Fonts. The font is licensed as Free. The font is free for both personel and commercial usages. In doubt please refer to the readme file in the font package or contact the designer directly from typodermicfonts.com.

Electroharmonix font has been rated 5.0 out of 5 points. A total of 1 votes cast and 0 users reviewed the font. 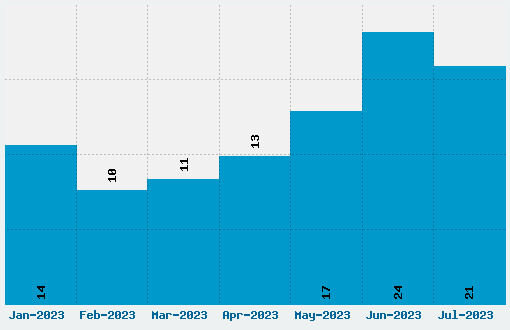