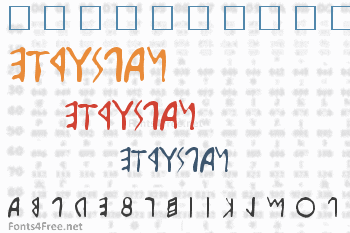 The Etruscans, the predecessors of the Romans, inhabited Etruria in what is now modern Tuscany and parts of Umbria (central Italy). They flourished for roughly 900 years before being absorbed into the Roman Empire along with all other Italic peoples.

Their written language comes to us in the form of over 11, 000 inscriptions (the oldest of which, I'm told, is the 8th-century-B.C. Marsilian Tablet). The Etruscan alphabet is derived from the Greek alphabet (probably the Chalcidian variant), and two forms are generally recognized: Early Etruscan (circa 700 B.C.) and Classical Etruscan (400 B.C. and later). The former was comprised of 26 letters, the latter of 23. Classical Etruscan, in its final form, numbered only 20 letters: 4 vowels and 16 consonants. Etruscan was usually written right to left (the opposite of English), but occasionally appears in boustrophedon style (i.e., the direction alternates with each line, right-to-left/left-to-right--much like ancient Greek. Incidentally, the Greeks plowed their fields in this fashion, so it must have made sense. Go figure).

Well, that's it for the history lesson--if you're more curious than this, there are plenty of good reference books you can study.

This font is an attempt to represent something between the Early and Classical Etruscan alphabets by assigning each character its roughly equivalent phonetic counterpart in Modern English, plus three extra characters which are the equivalent of Greek phi, theta, and chi* (designated on the MacOS keyboard as option+p, option+t, and option+c, respectively). For the most part, these approximations are perfectly adequate. You may notice some duplication; I, J, and Y, for instance, are all rendered the same, since the Etruscans made no disctinction between the sounds these Roman letters make (say it like the "ee" in "cheese"). Similarly, the character assigned to V and W works equally well if used for "F" (the character assigned to the letter F--a rough figure eight--also corresponds to "PH"). To further confuse things, the voiced and voiceless sounds b, p, d, and t, g, k were not differentiated, and letters "b" and "d" never appear in pure Etruscan inscriptions. All in all, this is a pretty faithful adaptation.

The upper- and lower-case character sets are identical (the Etruscans apparently didn't differentiate between the two). 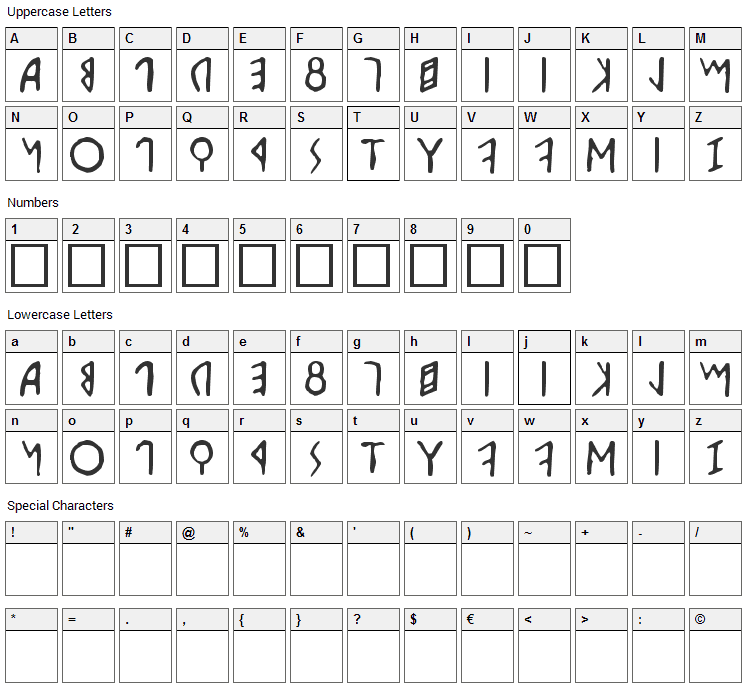 When I type it goes dextroverse, but each letter is still flipped for sinistroverse writing. Please fix.

Submit a comment, question or review about Etruscan font

Etruscan is a foreign-look, runes-elvish font designed by Dave Bastian. The font is licensed as Free. The font is free for both personel and commercial usages. In doubt please refer to the readme file in the font package or contact the designer directly from davebastian.com.

Etruscan font has been rated 3.5 out of 5 points. A total of 2 votes cast and 1 users reviewed the font. 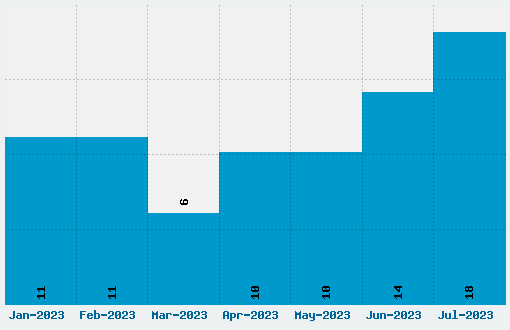