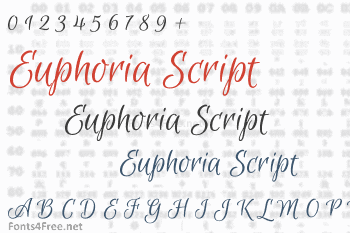 Euphoria Script is an informal script type. It began with letterform sketches made by hand with a copperplate nib, which were redrawn digitally with the stroke endings of a brush script. This makes the type seem playful, which is important in casual scripts.

It has very fast curves, thanks to the slight slant angle, but it remains highly legible. It will be perfect for titles and short phrases in branding, magazines, content about food, fashion, music - anything which is as lively as the font itself. 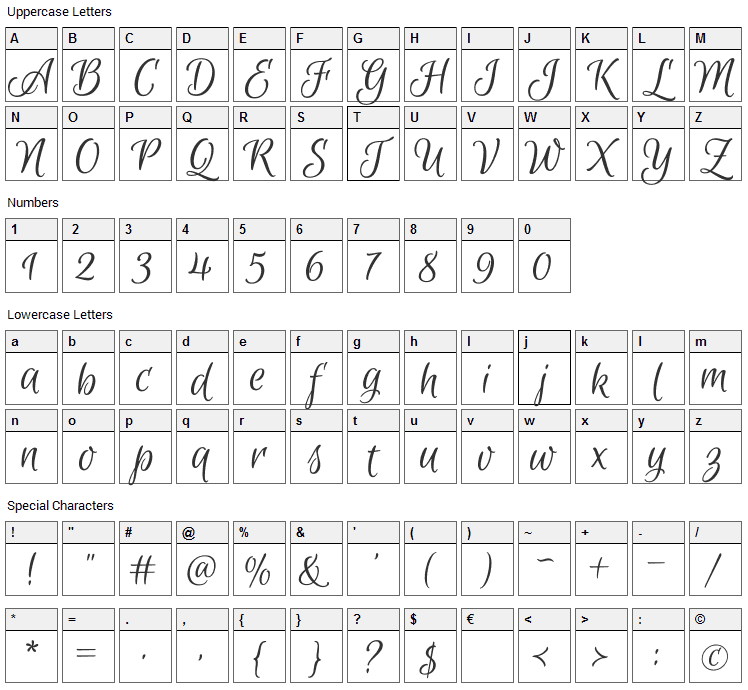 Submit a comment, question or review about Euphoria Script font

Euphoria Script is a script, calligraphy font designed by Sabrina Mariela Lopez. The font is licensed under SIL Open Font License. The font is free for both personel and commercial usages, modification and distribution. In doubt please refer to the readme file in the font package or contact the designer directly from plus.google.com.

Euphoria Script font has been rated 5.0 out of 5 points. A total of 1 votes cast and 0 users reviewed the font. 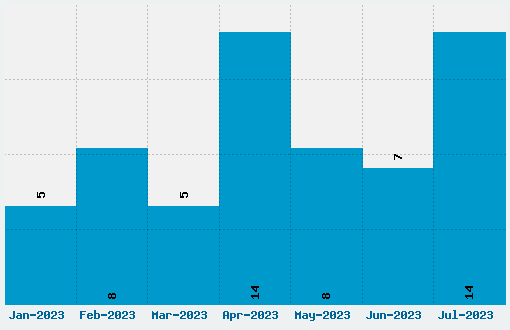