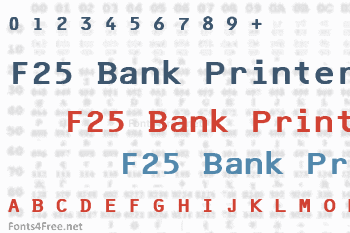 Please take our new font F25 Bank Printer into account. It's made for everyone who like bank documents. Try it out. Best to use in 8.5, 9 or 10 pt. 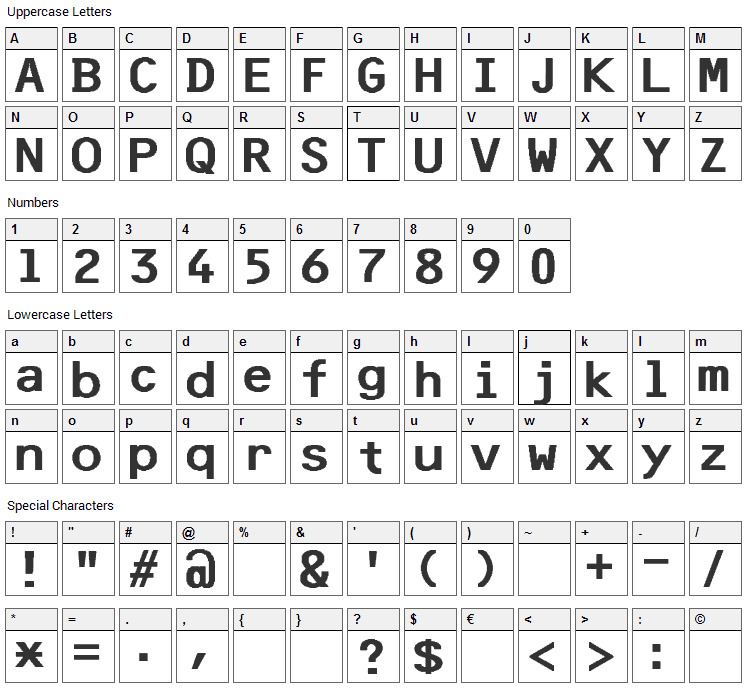 F25 Bank Printer is a basic, fixed-width font designed by Volker Busse. The font is licensed as Free. The font is free for both personel and commercial usages. In doubt please refer to the readme file in the font package or contact the designer directly from grafikkontor-mitte.de.

F25 Bank Printer font has been rated 4.0 out of 5 points. A total of 1 votes cast and 1 users reviewed the font. 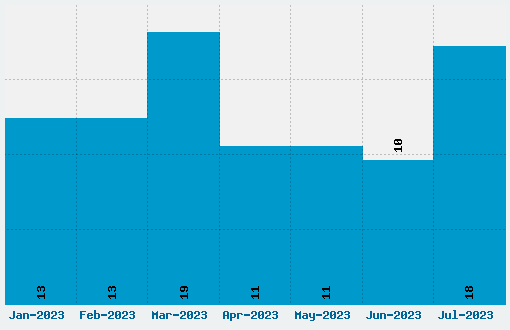