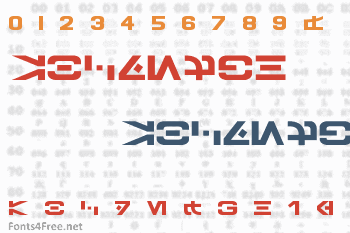 This font is based on - but differs slightly from - the Aurebesh lettering created by West End Games. My focus has been to accurately populate this font with letters that are seen in the movies of the original trilogy. After close examination of screenshots and officially available information, many letters have been revised or replaced. 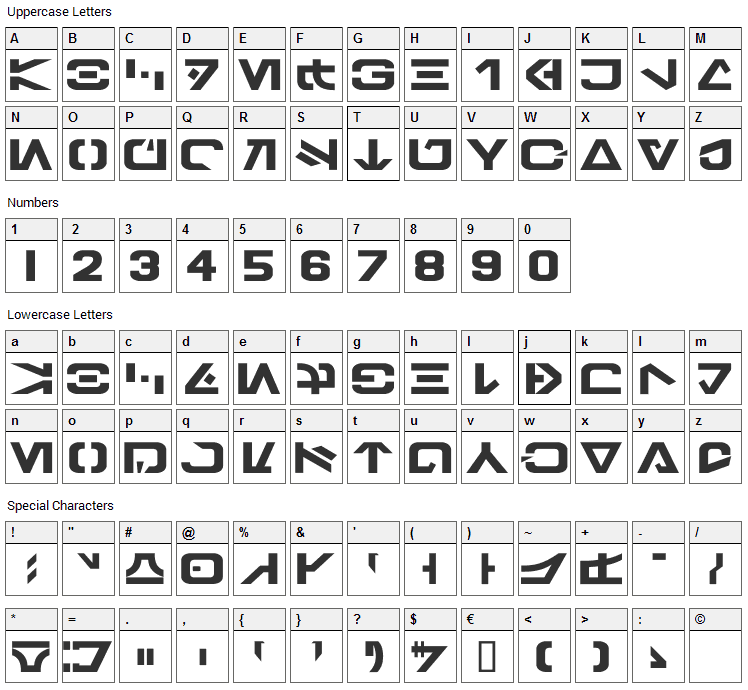 Submit a comment, question or review about Galactic Basic font

Galactic Basic is a dingbats, tv-movie font designed by Erikstormtrooper. The font is licensed as Free. The font is free for both personel and commercial usages. In doubt please refer to the readme file in the font package or contact the designer directly from erikstormtrooper.com.

Galactic Basic font has been rated 4.8 out of 5 points. A total of 4 votes cast and 0 users reviewed the font. 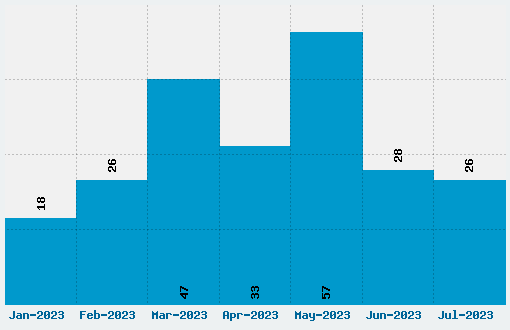