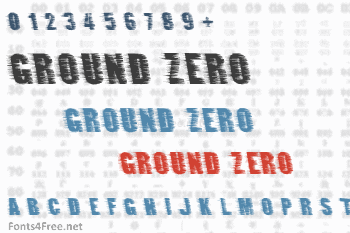 "Ground Zero" is the 29th free font from Rich Gast.

The character set includes: Upper case letters (on both upper & lower case keys) and numbers. The vast majority of punctuation and international characters. And the source of the Ground Zero blast, a nuke explosion, And other goodies are scattered around in the extended characters. Best used as a display font in sizes at or way above 48pt.

This font graphically represents what would happen to any unfortunate font that finds itself too close to Ground Zero. Pray that it never happens. It's a terrible demise for a font (not to mention mankind). 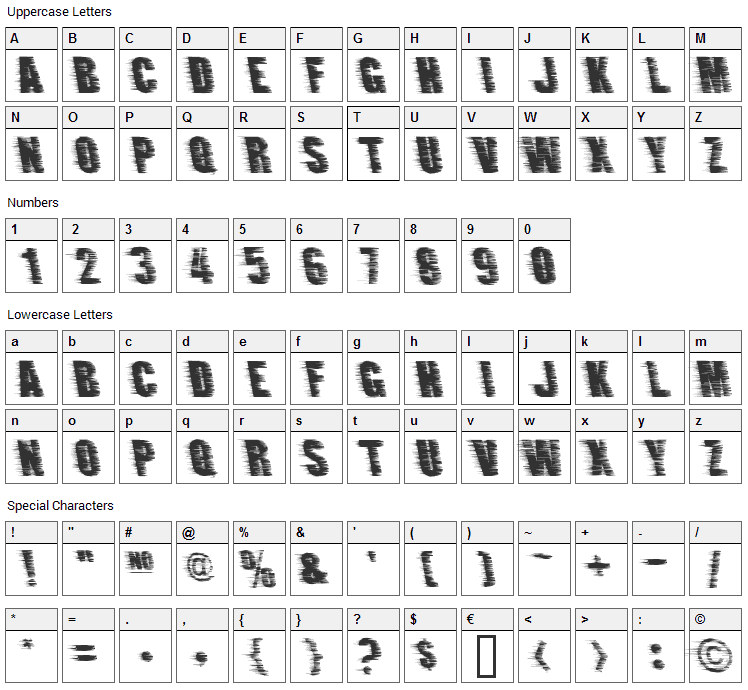 Submit a comment, question or review about Ground Zero font

Ground Zero is a fancy, distorted font designed by GreyWolf Webworks. The font is licensed as Free for personal use. You can download and use the font free for personal projects. For commercial projects please refer to the license file in the package or contact the designer directly from greywolfwebworks.com. 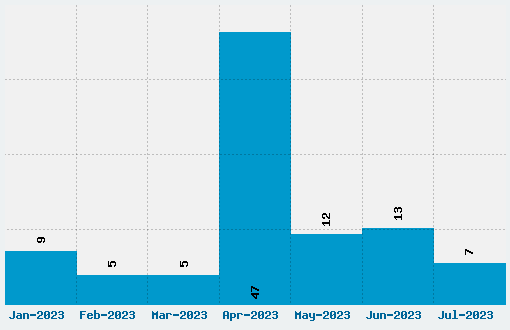