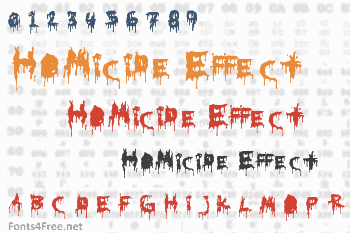 This version includes both capital and lowercase letters, numbers, and some of the more commonly used punctuation. This thing took ages to make. I drew all the characters, then suddenly realized they were too small, so I had to retrace them all over again. I'm sure there was probably a much quicker, easier way. But I didn't do that. I guess the extra effort will show through...? Anywho, I drew this all by hand (with a tablet, yeah, but I used my hand XD) The uppercase and lowercase letters are basically the same, but the lowercase ones are smaller and in a different position, so if there are 2 letters next to each other you can make it look somewhat less lined up. 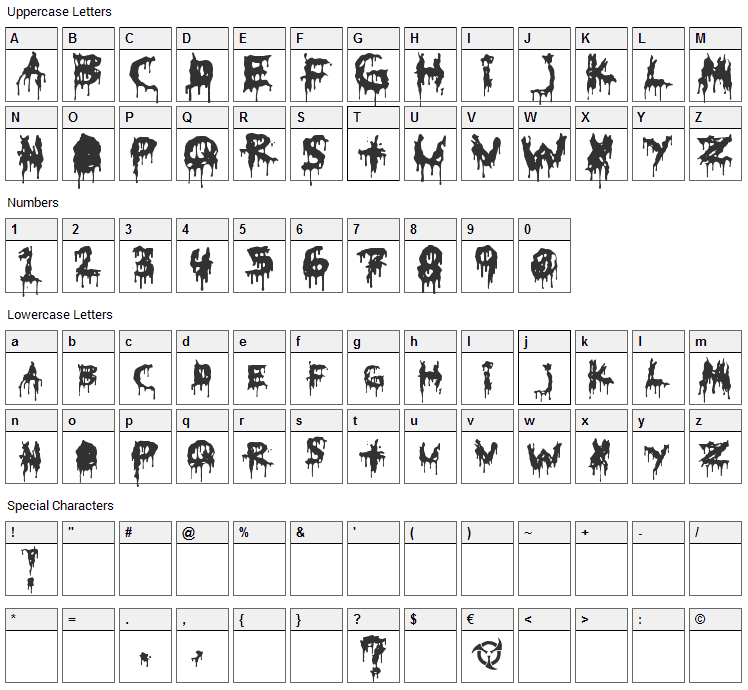 Submit a comment, question or review about Homicide Effect font

Homicide Effect is a fancy, horror font designed by Nihilschiz. The font is licensed as Free for personal use. You can download and use the font free for personal projects. For commercial projects please refer to the license file in the package or contact the designer directly.

Homicide Effect font has been rated 5.0 out of 5 points. A total of 1 votes cast and 0 users reviewed the font. 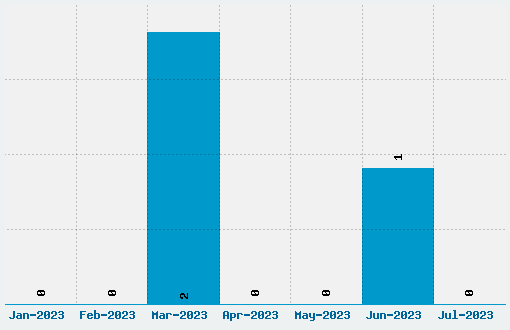