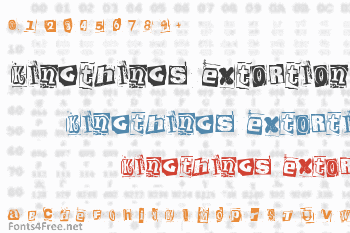 Has taken a while to get right - I felt that a supposed 'ransom note' font should at least try to look a little random - as if torn out and pasted up - hence no upper or lower case as such, just letters to interchange. It works best if you try a mixture of capitals and lower case letters, and then go through your document to see where double usage occurs. 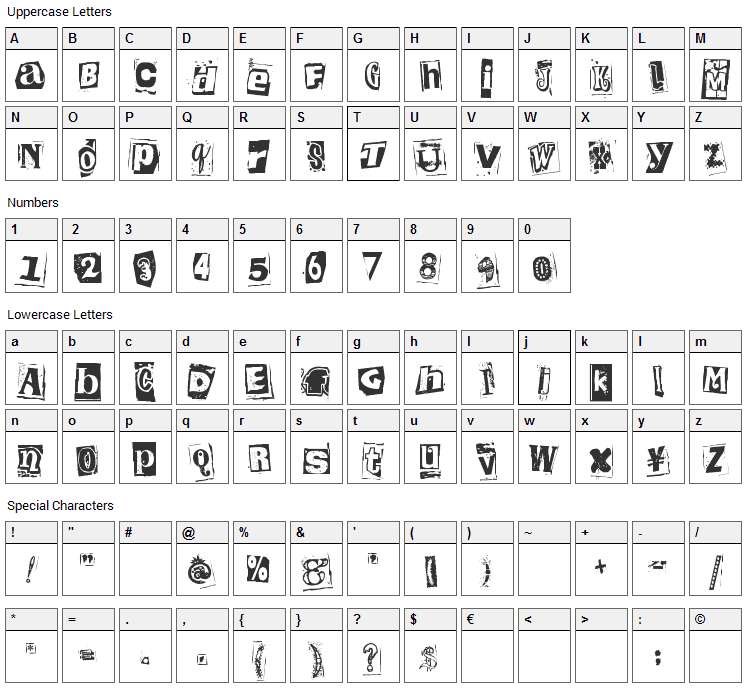 Kingthings Extortion is a fancy, distorted font designed by Kingthings. The font is licensed as Free. The font is free for both personel and commercial usages. In doubt please refer to the readme file in the font package or contact the designer directly from kingthingsfonts.co.uk. 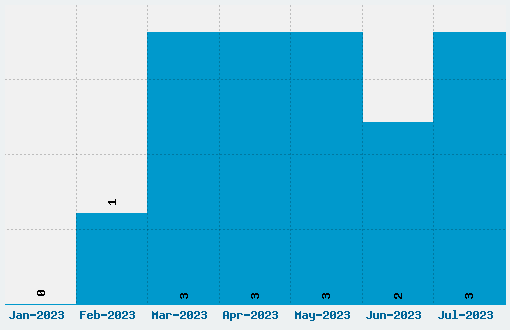