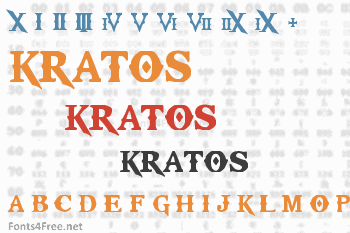 * ALL punctuation marks are included, and some existing ones were improved!

* $ sign was improved to have an "of" inside to write GOD of WAR like in the logos!

* Some letters were improved to look smoother and nicer!

* Regular numbers were replaced by Roman numbers, which matches perfectly with the theme of the game!

* To use regular numbers, press Alt+(Chosen Number on the right portion of the keyboard). 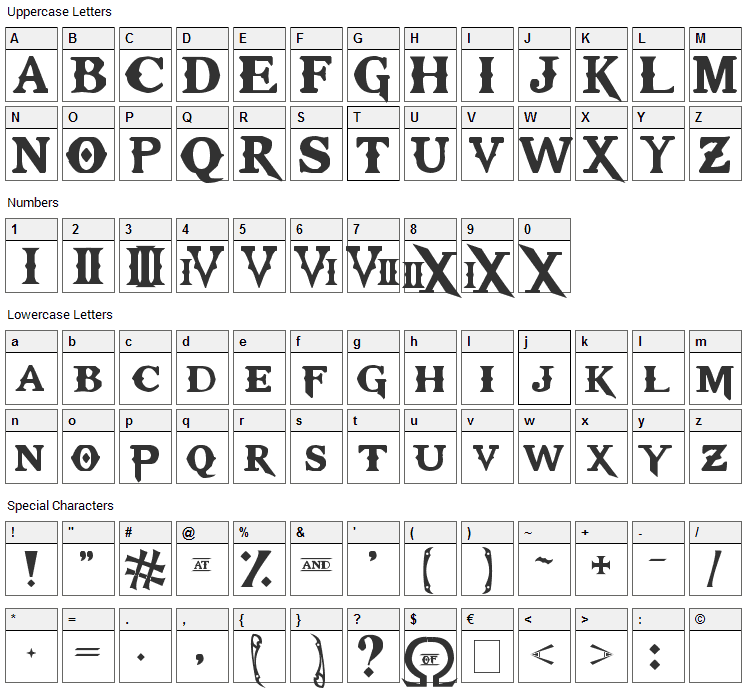 Submit a comment, question or review about Kratos Truetype font

Kratos Truetype is a gothic, modern font designed by Saar Raz. The font is licensed as Free. The font is free for both personel and commercial usages. In doubt please refer to the readme file in the font package or contact the designer directly. 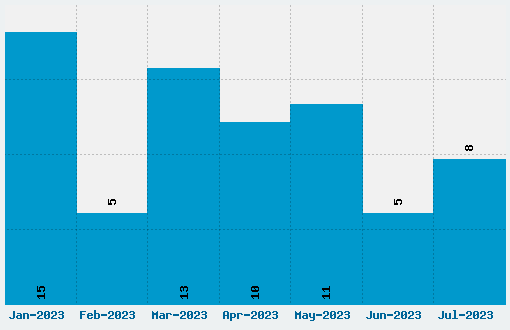